01 DECEMBER 2016 - BANGKOK, THAILAND: A woman in a market in Bangkok sits along a wall decorated with photos of Bhumibol Adulyadej, the Late King of Thailand, who died on Oct 13. Thailand's parliamentary body, the National Legislative Assembly, invited HRH Crown Prince Maha Vajiralongkorn to be king following the death of the Crown Prince's father, Bhumibol Adulyadej, the Late King of Thailand. The invitation marked the formal beginning of the process of naming the new King, although Crown Prince Vajiralongkorn was the heir apparent and Bhumibol's appointed successor. Shops that sell royal paraphernalia are now selling new portraits of Crown Prince Vajiralongkorn which will be displayed alongside portraits of his late father. PHOTO BY JACK KURTZ 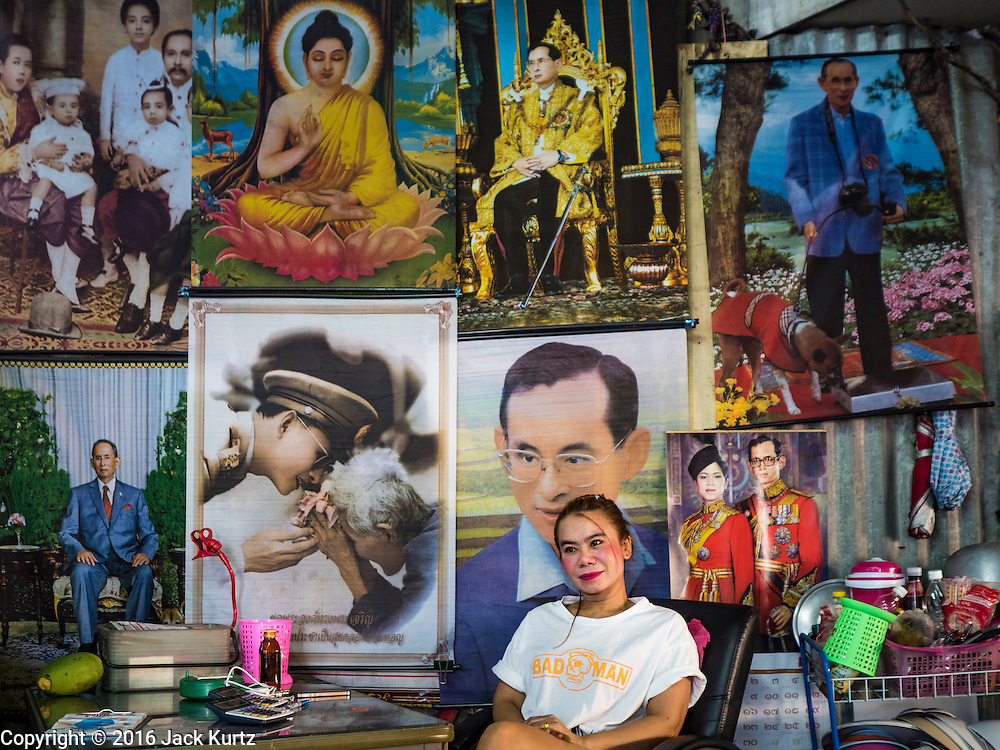