09 MARCH 2016 - BANGKOK, THAILAND: A man who owns a fighting cock puts a tiny muzzle on the bird before putting it in a training bout in the Pom Mahakan community in Bangkok. The muzzle was to prevent the bird from injuring his opponent with his beak. The community of about 50 families was once known as the cockfighting center of Bangkok. Gambling is now prohibited by the military government and cockfighting is not as popular as it once was. Cockfights are still staged in clandestine pits in Bangkok but outside of Bangkok cockfights are common. PHOTO BY JACK KURTZ 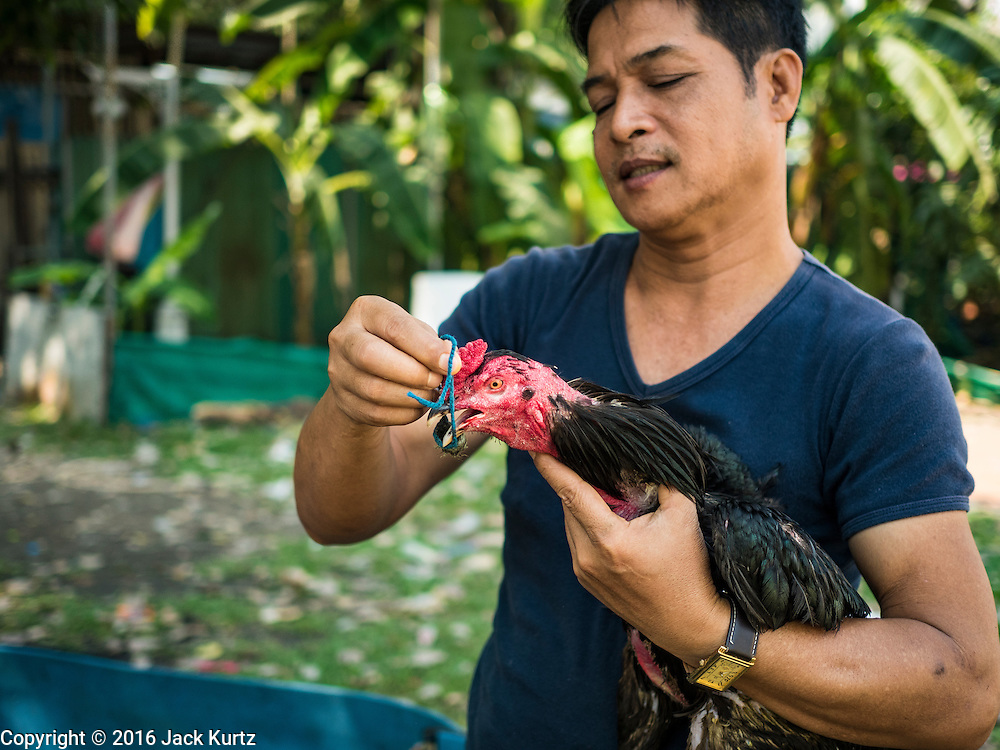