Dec. 5, 2009 -- TEMPE, AZ: People applaud for Rep. Ron Paul (R-TX) at the Arizona Campaign for Liberty Convention in the Memorial Union building on the Arizona State University campus in Tempe, AZ, Saturday. Rep. Paul is in the Phoenix, AZ, area over the weekend making speeches and signing his book, "End the Fed." Saturday morning he spoke at the first annual "Arizona Campaign for Liberty Convention." Most of the attendees supported Rep. Paul during his run for the Republican nomination for US President in 2008. Photo by Jack Kurtz 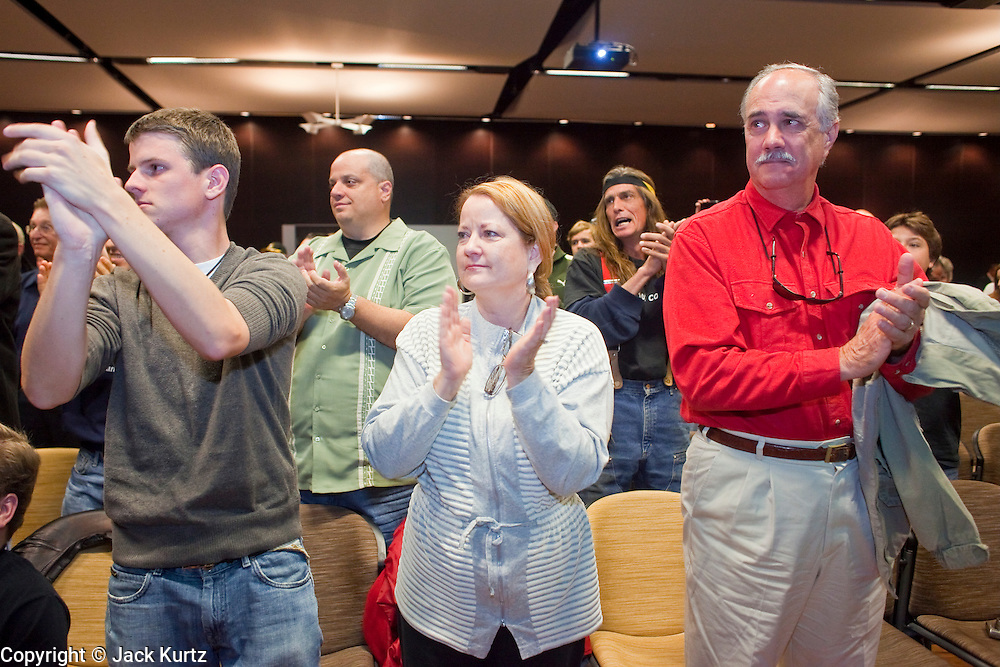