17 NOVEMBER 2013 - BANGKOK, THAILAND: People luanch Yi Peng lanterns on Loy Krathong near Wat Yannawa in Bangkok. The Yi Peng lanterns are Loy Krathong tradition in Chiang Mai but they are becoming more popular in Bangkok and central Thailand. Loy Krathong (also written as Loi Krathong) is celebrated annually throughout Thailand and certain parts of Laos and Burma (in Shan State). The name could be translated "Floating Crown" or "Floating Decoration" and comes from the tradition of making buoyant decorations which are then floated on a river. Loi Krathong takes place on the evening of the full moon of the 12th month in the traditional and they do this all evening on the 12th month Thai lunar calendar. In the western calendar this usually falls in November. The candle venerates the Buddha with light, while the krathong's floating symbolizes letting go of all one's hatred, anger, and defilements PHOTO BY JACK KURTZ 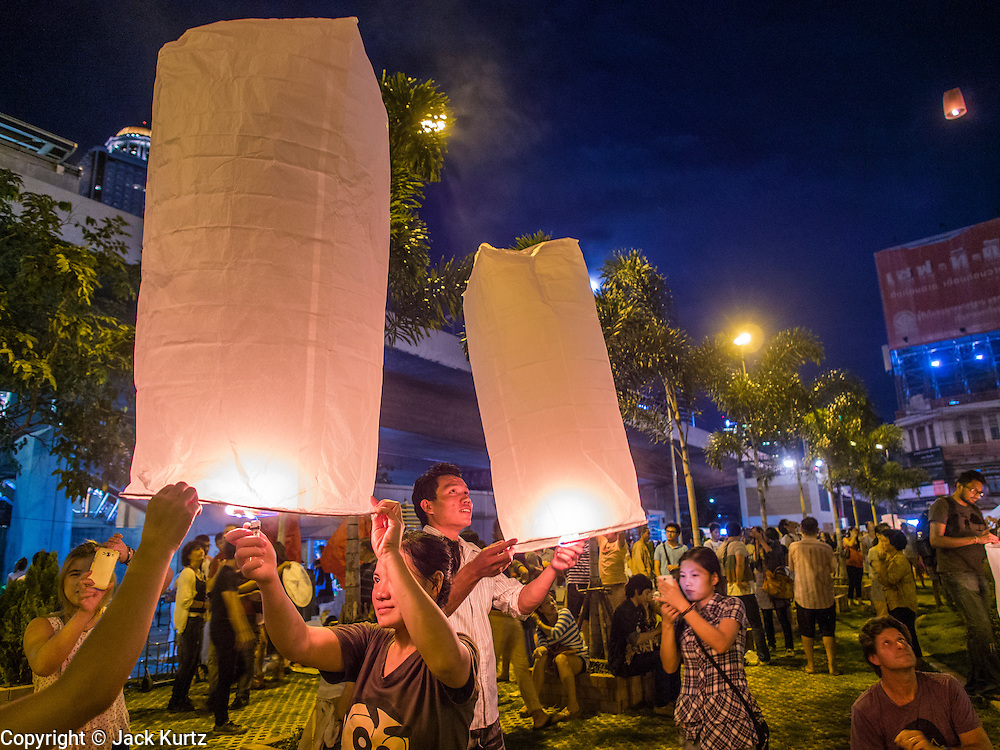