Sept. 26, 2009 -- PATTANI, THAILAND: A Thai soldier guards Buddhist monks during the Tak Bat Sankatan ceremony in Pattani Saturday. The Thai army has a large presence at these gatherings because the monks been targets of assassination by Muslim extremists battling the Thai government. Buddhists in Thailand's three southern most provinces gathered in Pattani Saturday, Sept 26 to celebrate Tak Bat Sankatan, the day Lord Buddha returned to earth and was greeted by a crawd of his disciples and Buddhist believers who were waiting to offer him food. Buddhists monks representing the 266 "Wats" (temples) in the three provinces (Pattani, Narathiwat and Yala) processed through the crowd and were presented with food and gifts. Photo by Jack Kurtz 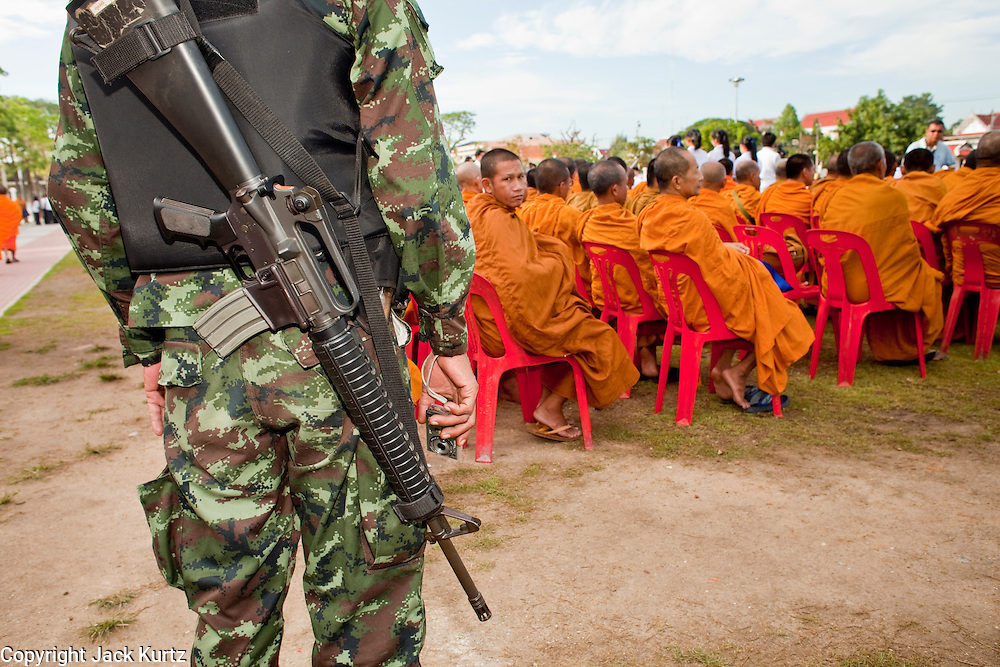