09 DECEMBER 2015 - BANGKOK, THAILAND: A woman with a traditional Thai style straw hat participates in a rally against GMO crops. About 50 environmental activists met near Government House in Bangkok to protest against the Biological Safety Bill being debated in the Thai legislature. The bill will allow use of genetically modified organisms (GMOs) for commercial purposes. Political gatherings of more than five people are prohibited by the military government and the protestors were not allowed to march to Government House or directly confront legislators. PHOTO BY JACK KURTZ 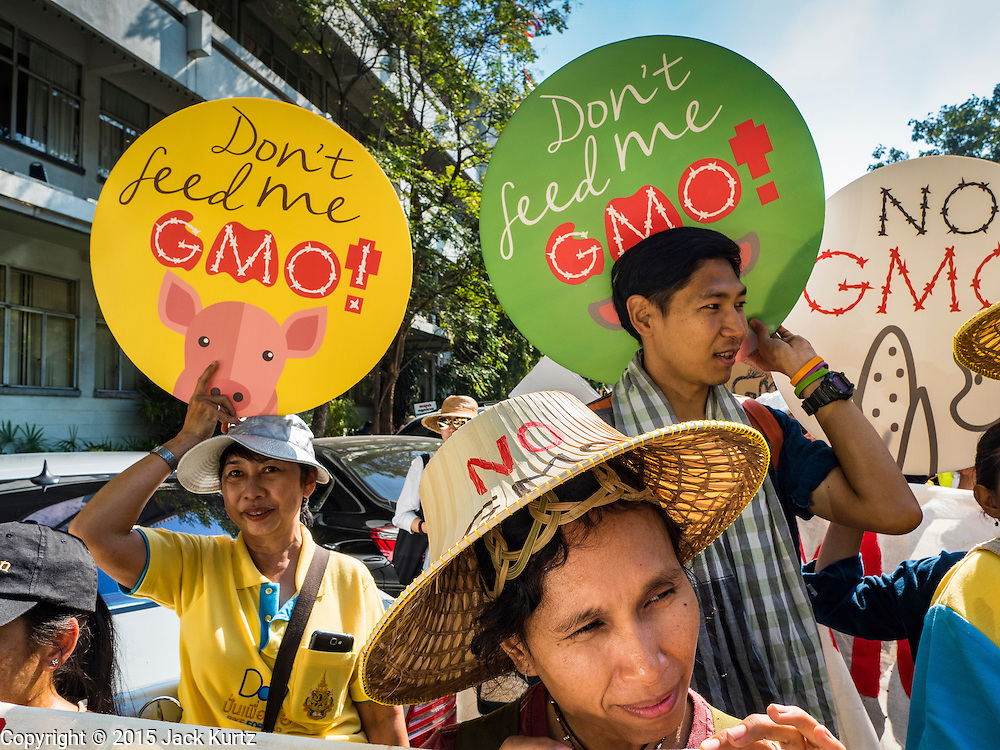