Mar. 30, 2010 - Bangkok, Thailand: Red Shirt protestors sleep in the doorway of a closed business near the Red Shirt staging area in Bangkok, Thailand, Tuesday. There were only a few thousand protestors at the scene Tuesday, down from 100,000 a week ago. The Thai government has asked the leaders of the Red Shirts to reduce the size of their protest as the number of protestors at the scene has declined in recent days. The Red Shirts have issued a formal answer to the request but said they have broken peace talks with the government and would intensify their protests in coming days. The Red Shirts want the government dissolved immediately, the government countered with calling new elections at the end this year, one year ahead of schedule. That was not acceptable to the Red Shirt leadership who than walked out of the talks and said no more would be held. The Red Shirts support former Prime Minister Thaksin Shinawatra, who was deposed in a coup in 2006 and went into exile rather than go to prison after being convicted on corruption charges. Thaksin is still enormously popular in rural Thailand. PHOTO BY JACK KURTZ 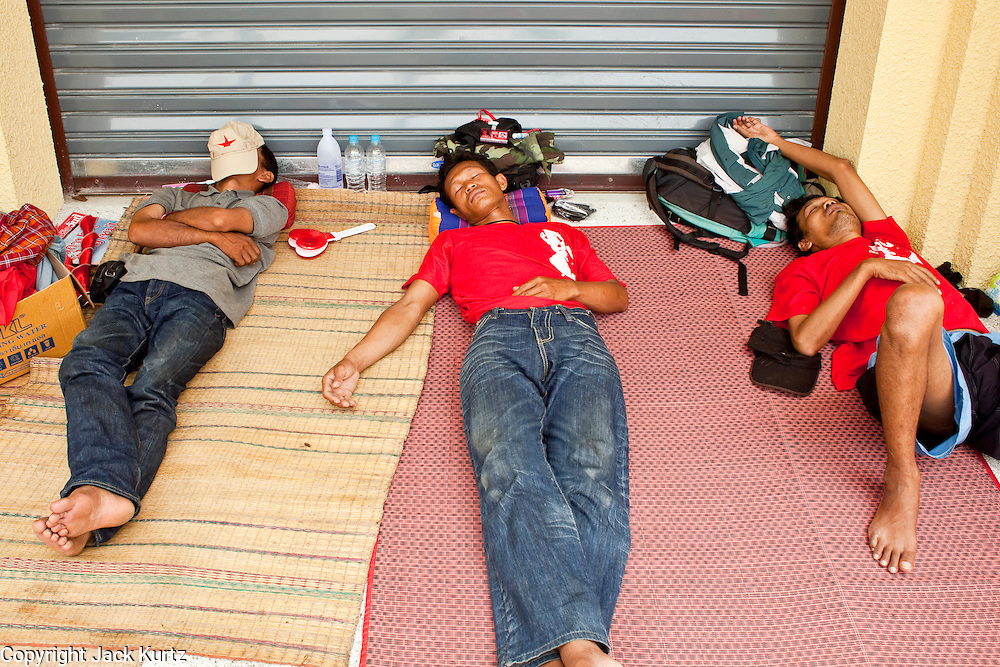