Apr. 14 - Bangkok, Thailand: A woman prays and pays respects at the coffins of Red Shirts who died in street fighting Saturday. The bodies of the Red Shirts who died during Saturday's fighting are lying in repose at Democracy Monument. Thousands of Thais have filed past to show their respect. The Red Shirts moved their main protest its original location in the old part of Bangkok to the Ratchaprasong intersection, in the center of Bangkok's shopping malls and five star hotels. Many signs of last weekend's violence is still on display around their original encampment though. Photo by Jack Kurtz 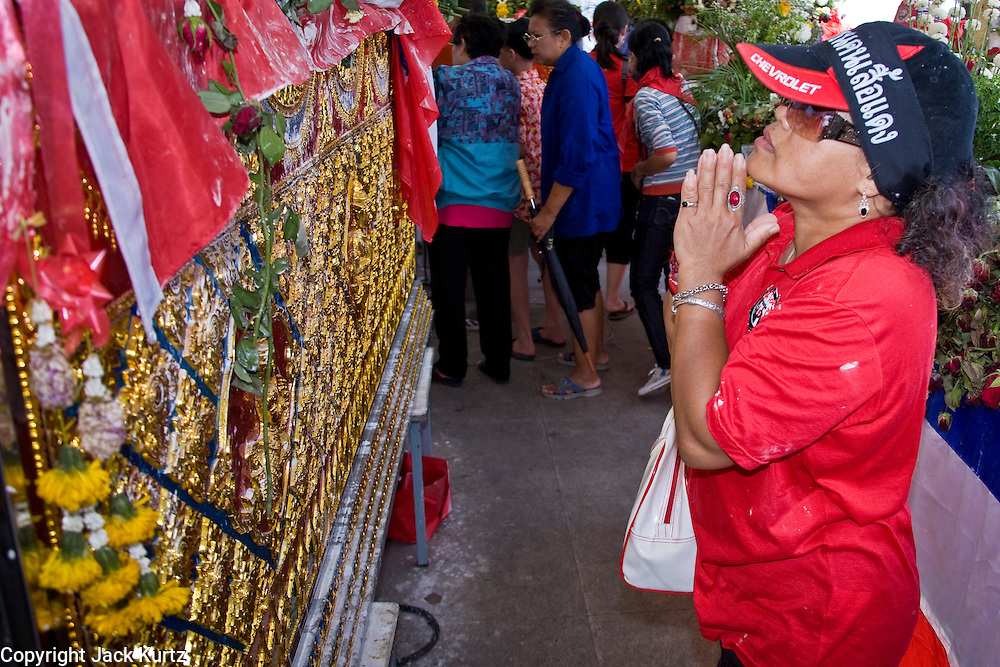