Mar 23, 2009 -- SAMUT SONGKHRAM, THAILAND: Workers carry baskets of salt into a warehouse on a highway near Samut Songkhram, Thailand. Each basket weighs between 30 and 50 kilograms (66 to 100 pounds) and they carry two baskets on each trip. Workers harvest salt near Samut Songkhram, Thailand. The salt farms between Samut Sakhon and Sumat Songkhram are Thailand's largest salt producing region. Salt is typically harvested for about six months of the year. The fields are prepared for salt farming as soon as the rainy season ends. First the fields are tamped down so they hold water, then they are flooded with salt water from either the Gulf of Siam or the Mae Khlong River (both are salty). After about two months, the first harvest is ready. The fields are drained and the salt picked up from the fields. Then the fields are flooded again and the process repeated. As the season goes on and the fields become saltier, the amount of time they are flooded is reduced till the end of the season when they may only be flooded for two or three days. Most of the workers in the salt fields are migrant workers from Isaan, an impoverished region in the northeast of Thailand. Once the rainy season starts and it's no longer possible to harvest salt the workers go home to work their small farms. The workers are paid based on the amount of salt their crew harvests. Photo by Jack Kurtz 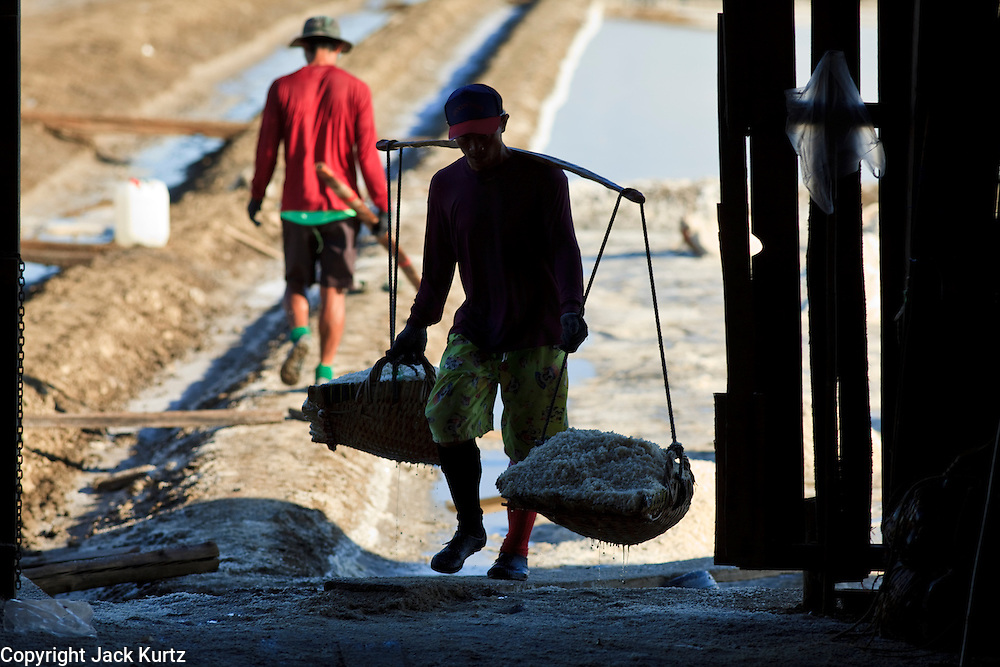