17 JANUARY 2013 - SAMUT SONGKHRAM, SAMUT SONGKHRAM, THAILAND: Bags of salt for sale on the side of the road near Samut Songkhram. The salt was harvested in 2012 and warehoused. The salt fields around Samut Songkhram are some of the most productive salt fields in Thailand. Salt is gathered on a seasonal basis. The fields, which lie near the Gulf of Siam, are flooded with sea water during the last half of the rainy season and then as the water evaporates off after the rainy season migrant workers collect the salt. In 2013 the salt harvest was delayed by months because it continued to rain well after the traditional end of the rainy season. PHOTO BY JACK KURTZ 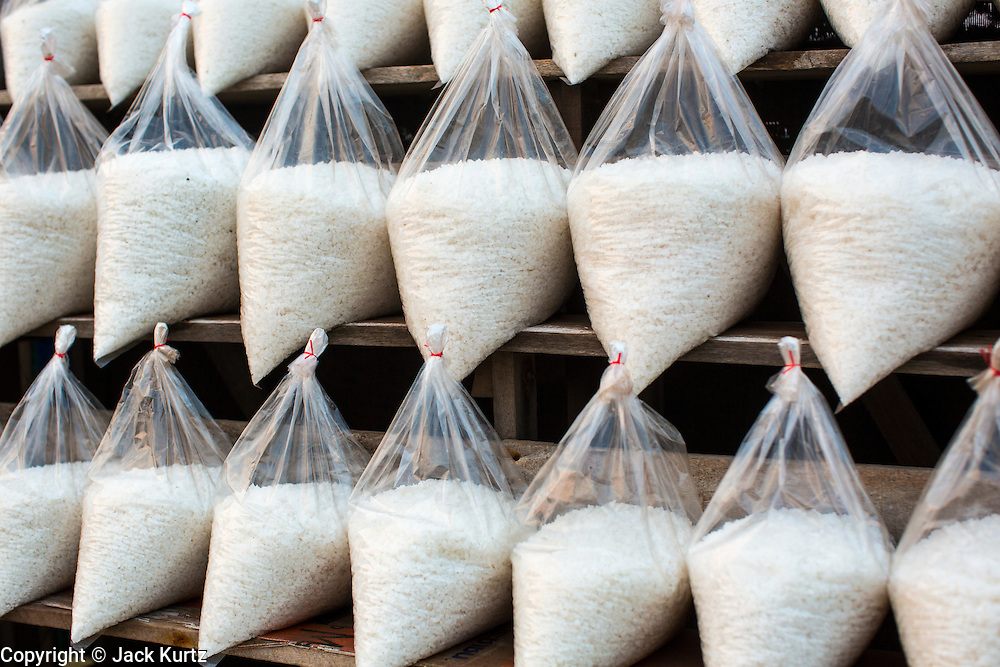