24 NOVEMBER 2015 - BANGKOK, THAILAND: People shop for "krathongs" in Bang Chak Market. Krathongs are small boats Thais float in canals and bodies of water, on Loy Krathong, a Buddhist holiday on the full moon in November. The Bang Chak Market serves the community around Sois 91-97 on Sukhumvit Road in the Bangkok suburbs. About half of the market has been torn down. Bangkok city authorities put up notices in late November that the market would be closed by January 1, 2016 and redevelopment would start shortly after that. Market vendors said condominiums are being built on the land. PHOTO BY JACK KURTZ 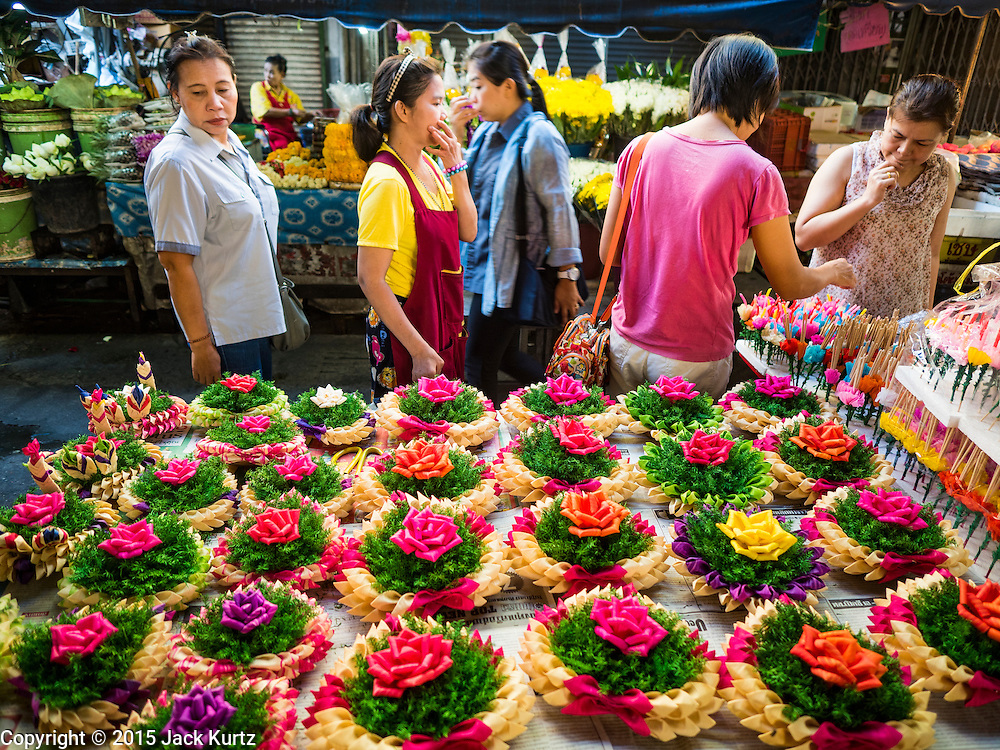