29 SEPTEMBER 2012 - NAKORN NAYOK, THAILAND: Thai Buddhists carry offerings to Ganesh during observances of Ganesh Ustav at Wat Utthayan Ganesh, a temple dedicated to Ganesh in Nakorn Nayok, about three hours from Bangkok. Many Thai Buddhists incorporate Hindu elements, including worship of Ganesh into their spiritual life. Ganesha Chaturthi also known as Vinayaka Chaturthi, is the Hindu festival celebrated on the day of the re-birth of Lord Ganesha, the son of Shiva and Parvati. The festival, also known as Ganeshotsav ("festival of Ganesha") is observed in the Hindu calendar month of Bhaadrapada, starting on the the fourth day of the waxing moon. The festival lasts for 10 days, ending on the fourteenth day of the waxing moon. Outside India, it is celebrated widely in Nepal and by Hindus in the United States, Canada, Mauritius, Singapore, Thailand, Cambodia, Burma , Fiji and Trinidad & Tobago. PHOTO BY JACK KURTZ 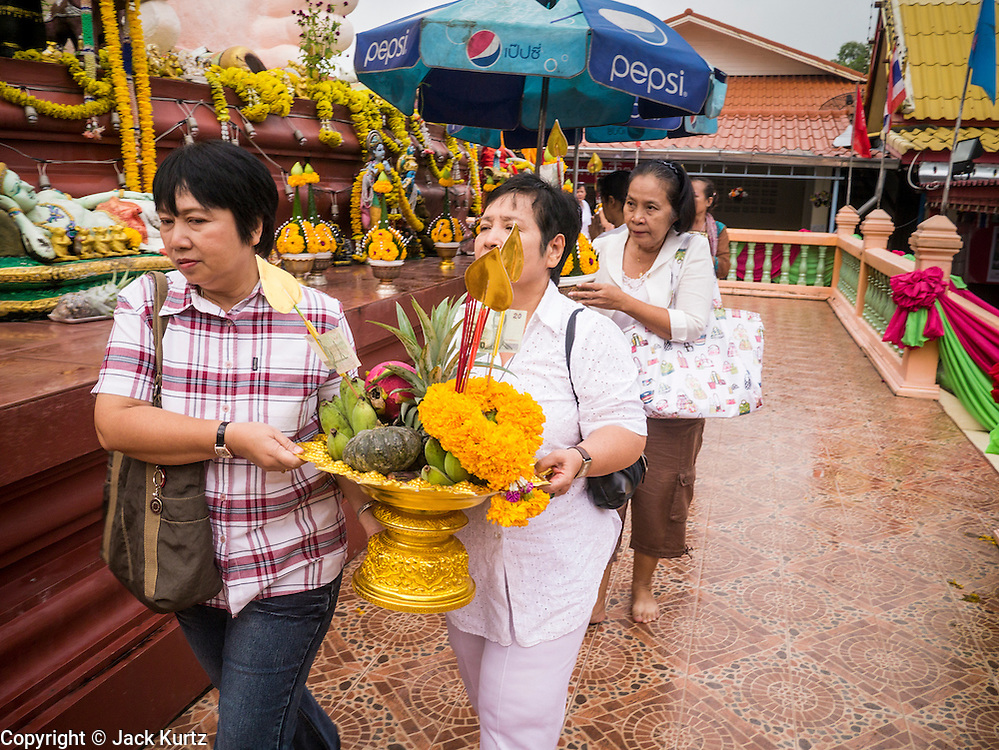