04 MAY 2017 - ST. PAUL, MN: People from Isaiah - Faith in Democracy pray in the hallway in front of the Minnesota State Senate during a demonstration in front of the Senate. About 200 people participated in a "ISAIAH’s 100 Days of Prophetic Resistance" rally at the Minnesota State Capitol in St. Paul. They represented churches from across the Twin Cities and were demonstrating in favor of paid sick leave, child care, and a higher minimum wage. The Twin Cities are more liberal than rural Minnesota and many Twin Cities municipalities have passed ordinances with paid sick leave, child care and higher minimum wages. Republican legislators from rural Minnesota have tried to pass laws in the legislature rolling back those ordinances. PHOTO BY JACK KURTZ 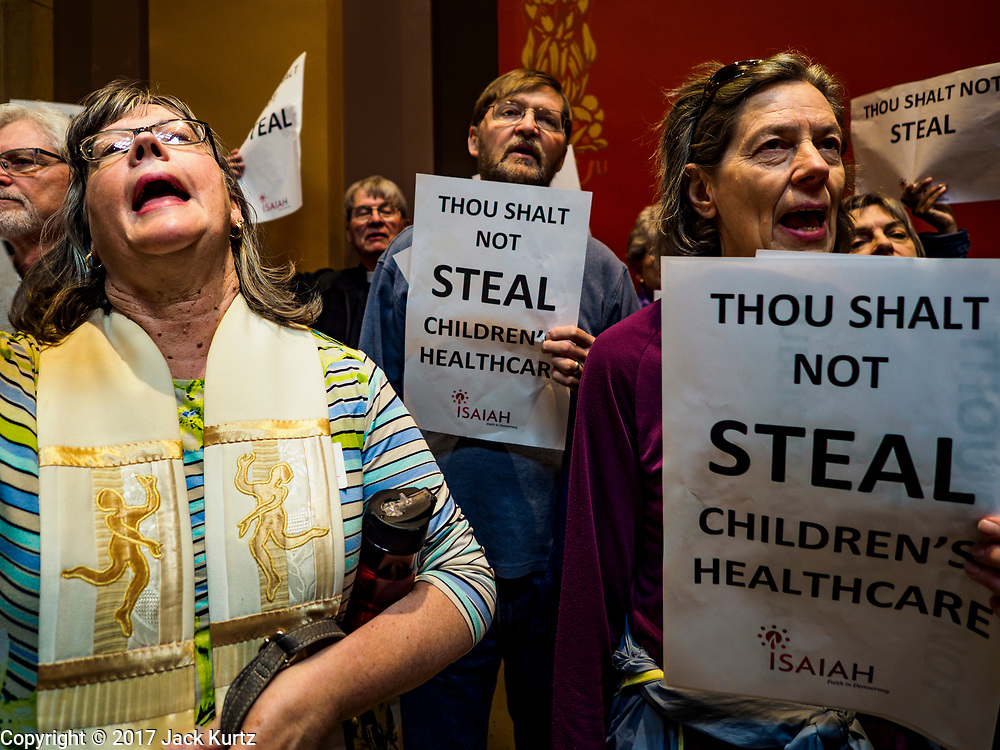