09 MAY 2014 - BANGKOK, THAILAND: Thai anti-government protestors carry a huge Thai flag through the streets near Government House in Bangkok. Thousands of Thai anti-government protestors took to the streets of Bangkok Friday to start their "final push" to bring the popularly elected of government of Yingluck Shinawatra. Yingluck has already been forced out by a recent court ruling that forced her to resign and she is facing indictment by the National Anti Corruption Commission of Thailand for alleged improprieties related to a government rice price support scheme. The protestors Friday were marching to demand that she not be allowed to return to politics. The courts have not banned her party, Pheu Thai, which has formed an interim caretaker government to govern until elections expected in July, 2014. Suthep Thaugsuban, secretary-general of the People’s Democratic Reform Committee (PDRC), said the president of the Supreme Court and the new senate speaker, who would be selected Friday, should set up an "interim people's government and legislative assembly.” He went onto say that if they didn’t, he would. PHOTO BY JACK KURTZ 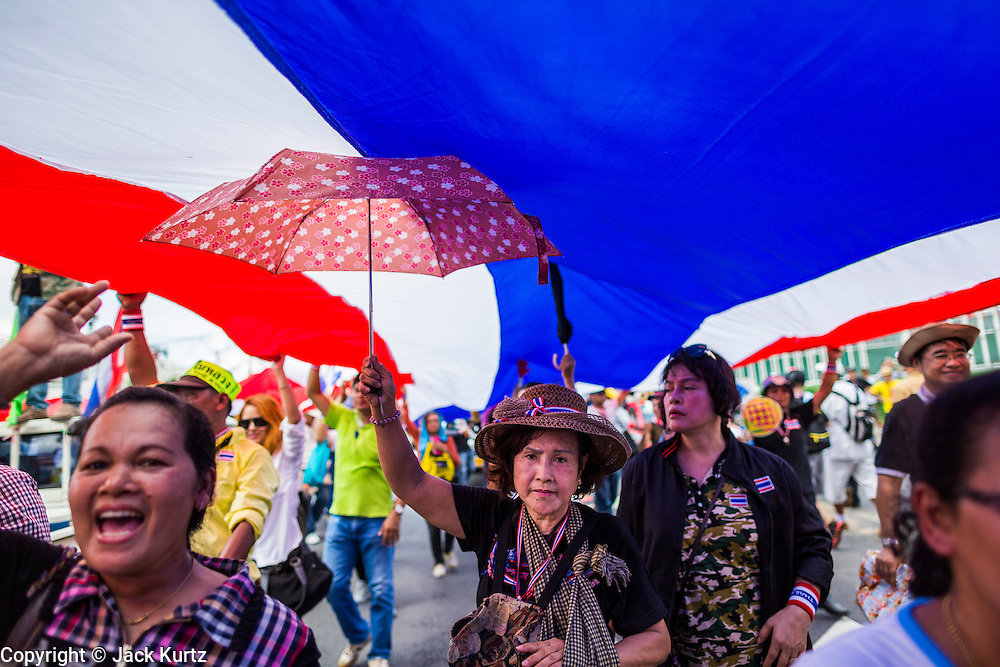