29 DECEMBER 2013 - BANGKOK, THAILAND: An anti-government protestor near Democracy Monument in the old part of Bangkok to protest the ruling Pheu Thai party. Protest leader and former Deputy Prime Minister Suthep Thaugsuban announced an all-out drive to eradicate the "Thaksin regime." The anti-government protesters have vowed to continue their protests even though the government has been dissolved and new elections called for in February. The protests have been ongoing in Bangkok since November and are growing increasingly violent. PHOTO BY JACK KURTZ 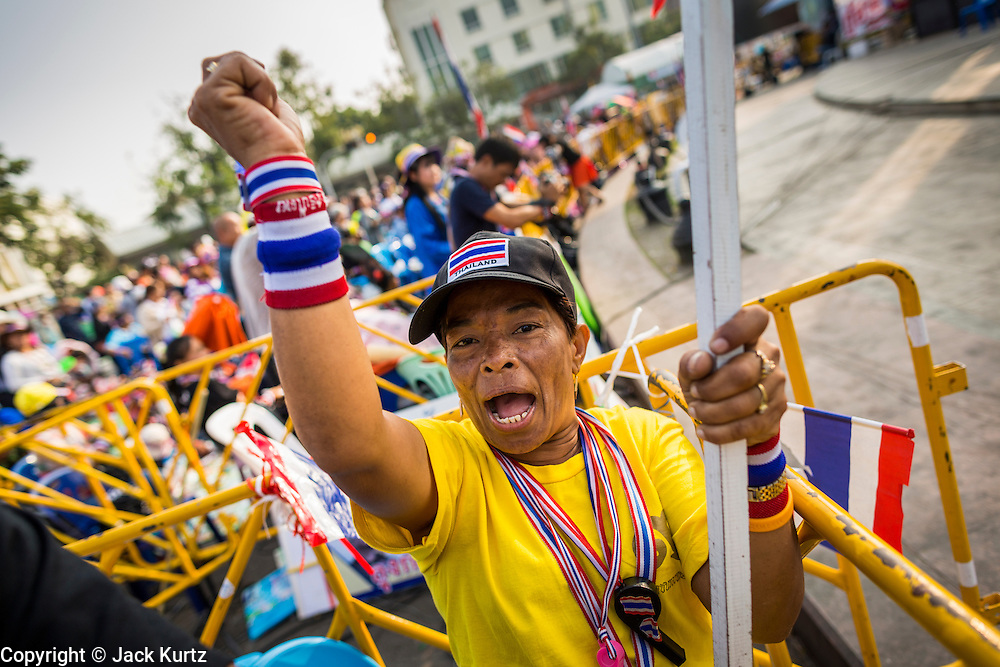