26 JUNE 2006 - SIEM REAP, CAMBODIA: DR. JEFFREY CONNELL, a US citizen, examines HOOT NAK, 19, in Connell's home / clinic at the Land Mine Museum in Siem Reap, Cambodia. Connell said he has worked as a volunteer doctor in disadvantaged communities in Poland, Belgium, France, Thailand and now Cambodia. Aki Ra was a child soldier drafted by first the Khmer Rouge and later the Vietnamese army. One of his responsibilities was to plant land mines for both sides. After peace came to Cambodia he started his own demining operation. He has been clearing landmines in Cambodia since 1990. Cambodians are still wrestling with the legacy of the war in Vietnam and subsequent civil wars. At one time it was the most heavily mined country in the world and a vast swath of Cambodia, along the Thai-Cambodian border, is still mined. In 2004, more than 800 people were killed by mines and unexploded ordinance still found in the countryside. In addition to the demining operation, Aki Ra has an orphanage for 20 kids maimed by mines. In addition to demining operations Aki Ra has an orphanage for 20 children maimed by mines. Photo by Jack Kurtz / ZUMA Press 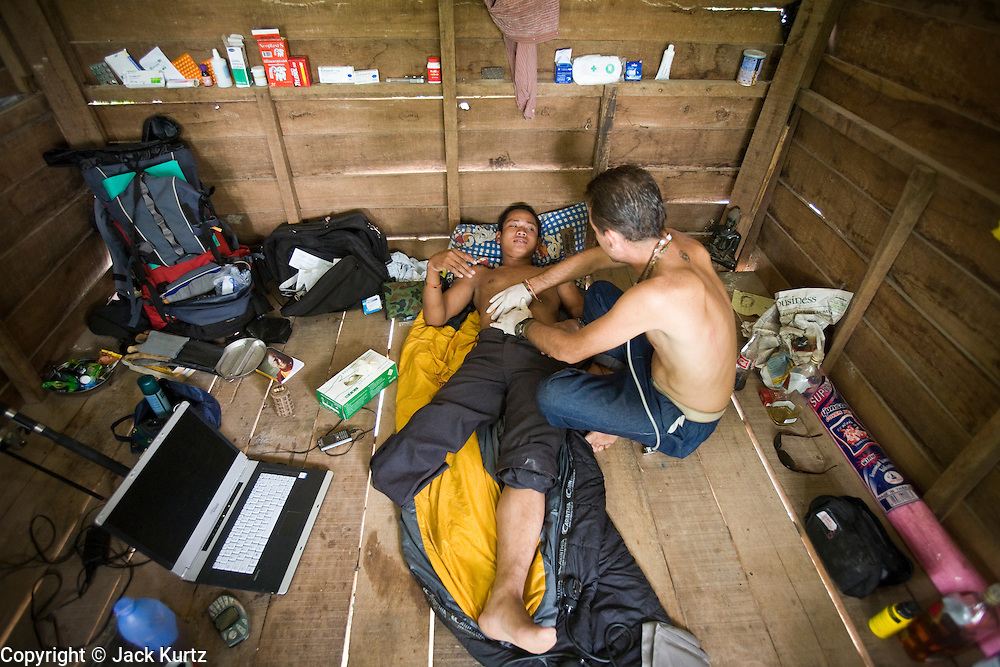