27 DECEMBER 2015 - SINGAPORE, SINGAPORE: People look at subway schedules in the Rochor subway station in the Little India section of Singapore on the first day the station was open. Singapore opened the extension of the Downtown Line on its subway system Sunday. The extension is a part of Singapore's plans to make the city-state a "car lite" metropolis with plans to double the current subway to more than 360 kilometers of track by 2030. The government plans to have 80% of homes within a 10 minute walk of a subway station. PHOTO BY JACK KURTZ 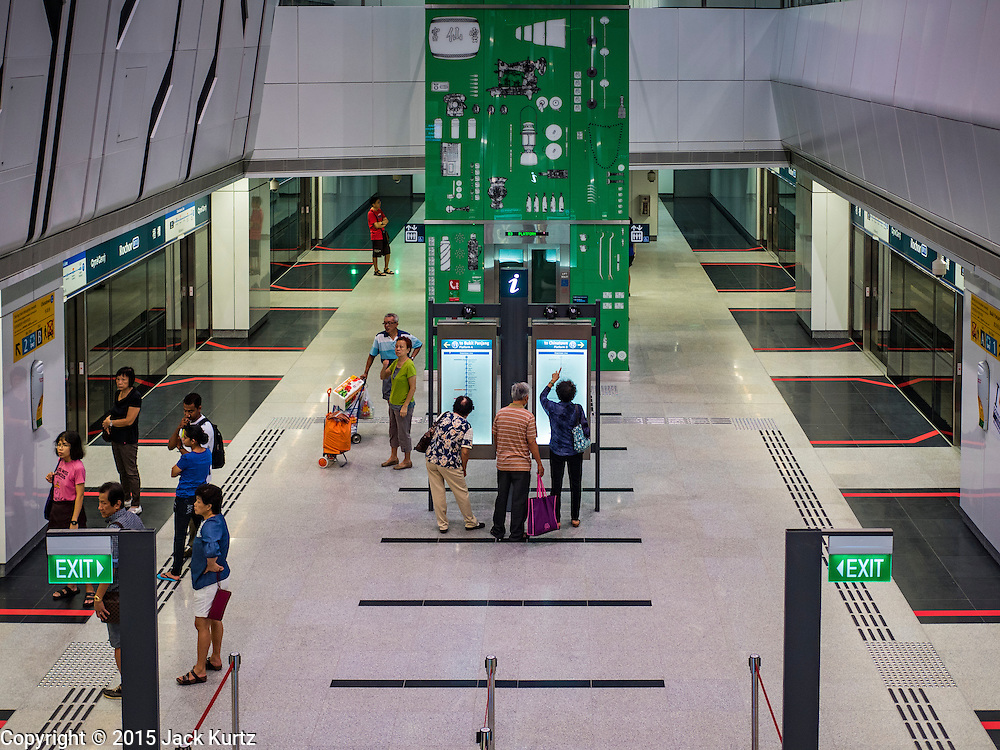