19 APRIl 2014 - BANGKOK, THAILAND: A Hanuman mask at the Rattanakosin Festival in Bangkok. Hanuman is the Monkey God, figures prominently in the Ramakien, the Thai version of the Indian Ramayana. Rattanakosin is the name of the man made island that is the heart of the old city. Bangkok was formally founded as the capital of Siam (now Thailand) on 21 April 1782 by King Rama I, founder of the Chakri Dynasty. Bhumibol Adulyadej, the current King of Thailand, is Rama IX, the ninth King of the Chakri Dynasty. The Thai Ministry of Culture organized the Rattanakosin Festival on Sanam Luang, the royal parade ground in the heart of the old part of Bangkok, to celebrate the city's 232nd anniversary. PHOTO BY JACK KURTZ 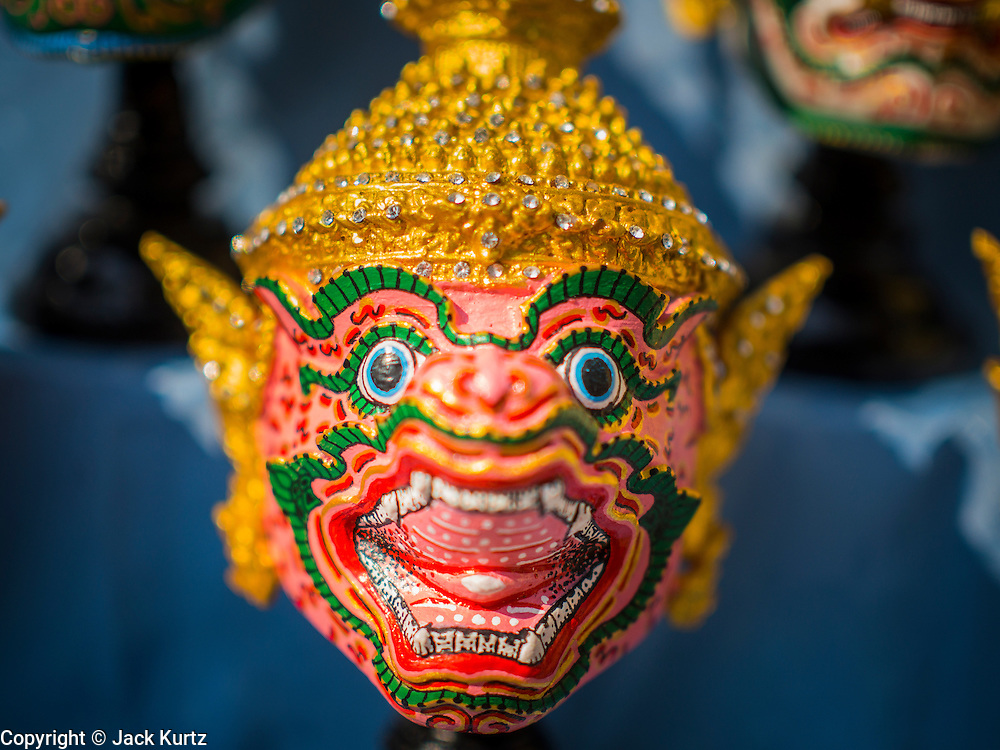