22 OCTOBER 2010 - PHOENIX, AZ: Arizona State Senator RUSSELL PEARCE, a Republican and Tea Party supporter, jokes with ARTHUR OLIVAS, a legal Mexican immigrant and naturalized US citizen before a Tea Party rally in Phoenix. Pearce is a staunch opponent of illegal immigration and the author of SB 1070, Arizona's tough anti-illegal immigration bill. About 300 people attended a Tea Party rally on the lawn of the Arizona State Capitol in Phoenix Friday. They demanded lower taxes, less government spending, repeal of the health care reform bill, and strengthening of the US side of the US - Mexican border. They listened to Arizona politicians and applauded wildly when former Alaska Governor Sarah Palin and her son, Trig, made a surprise appearance. The event was a part of the Tea Party Express bus tour that is crossing the United States. Photo by Jack Kurtz 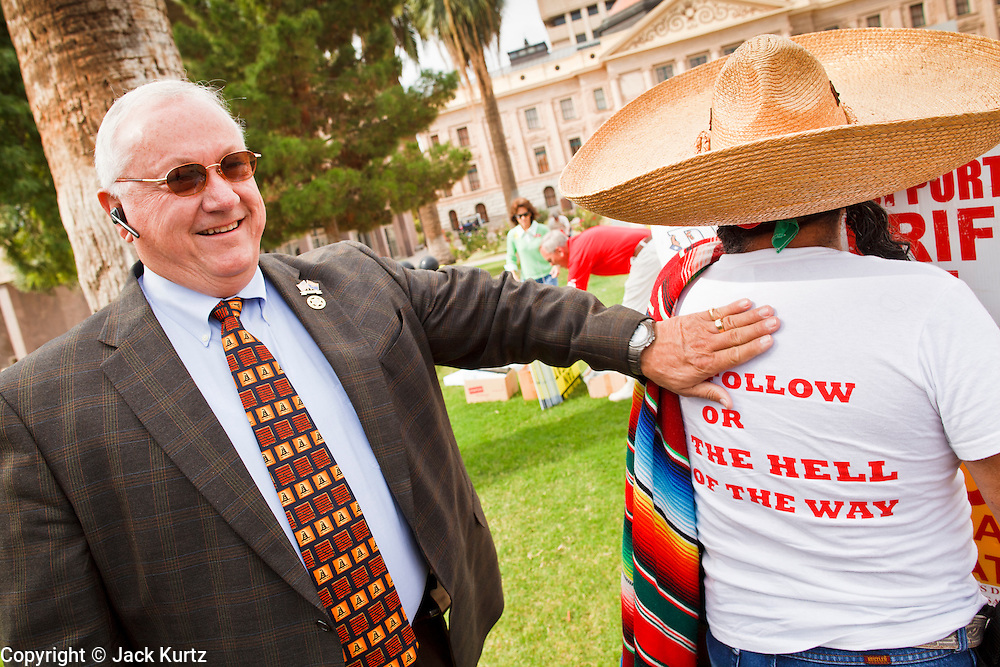