01 APRIL 2012 - HANOI, VIETNAM: A mock up of what living conditions were like for Vietnamese imprisoned by French colonial authorities in Hoa Lo Prison. After Vietnam's independence the prisons became known infamously as the Hanoi Hilton, in Hanoi, the capital of Vietnam. In colonial times, the French used Hoa Lo to house and torture political prisoners and common criminals. During the "American War" (what the Vietnamese call the war with the US), the prison was used to house American flyers shot down over the north. Most of the prison has been torn down and the grounds turned into an expensive international hotel. PHOTO BY JACK KURTZ 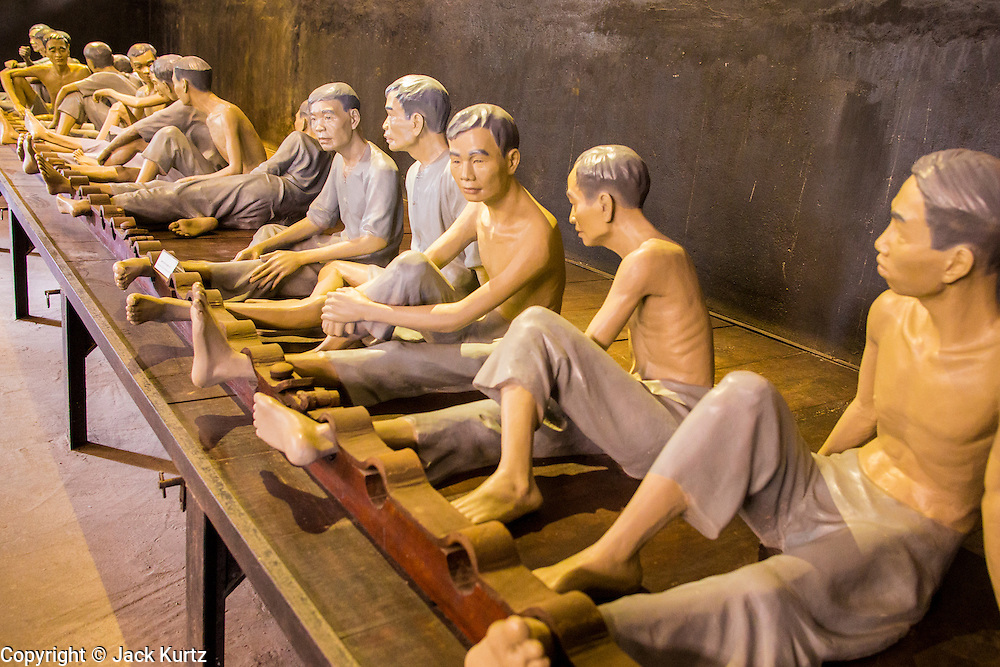