10 APRIL 2010 - PLA PAK, NAKHON PHANOM, THAILAND: A man and his assistants repair the wing of his fighting cock at a pit in rural Thailand. He used feathers from birds his cock defeated in previous fights. The rooster has been in six fights and won them all. He also his fight Saturday. Cockfighting is enormously popular in rural Thailand. A big fight can bring the ring operator as much as 200,000 Thai Baht (about $6,000 US), a large sum of money in rural Thailand. Fighting cocks live for about 10 years and only fight for 2nd and 3rd years of their lives. Most have only four fights per year. Fighting cocks in Thailand do not wear the spurs or razor blades that they do in some countries and most times the winner is based on which rooster stops fighting or tires first rather than which is the most severely injured. Although gambling is illegal in Thailand, many times fight promoters are able to get an exemption to the gambling laws and a lot of money is wagered on the fights. Many small rural communities have at least one cockfighting arena. PHOTO BY JACK KURTZ 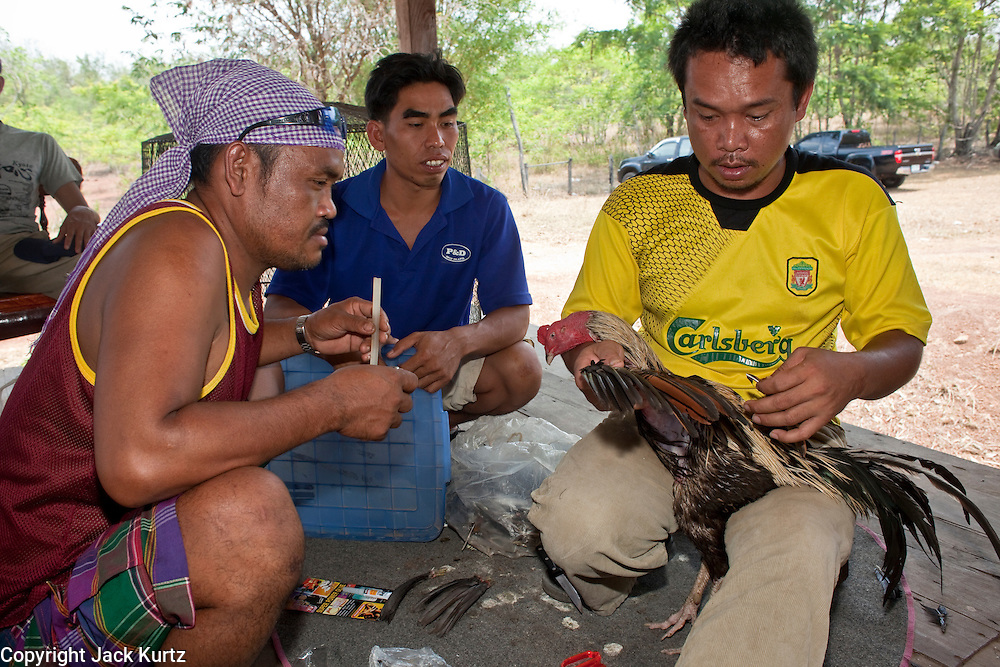