12 JANUARY 2018 - BANGKOK, THAILAND: Chinese opera performers put on their costumes before a performance at the Chaomae Thapthim Shrine in the Dusit district of Bangkok. Many Chinese shrines and temples host Chinese operas during the Lunar New Year. Lunar New Year is 16 February this year and opera troupes are starting their holiday engagements at local Chinese temples and shrines. The new year will be the "Year of the Dog." Chinese New Year, also called Lunar New Year or Tet, is widely celebrated in Chinese communities around the world. Thailand has a large Chinese community and Lunar New Year is an important holiday. PHOTO BY JACK KURTZ 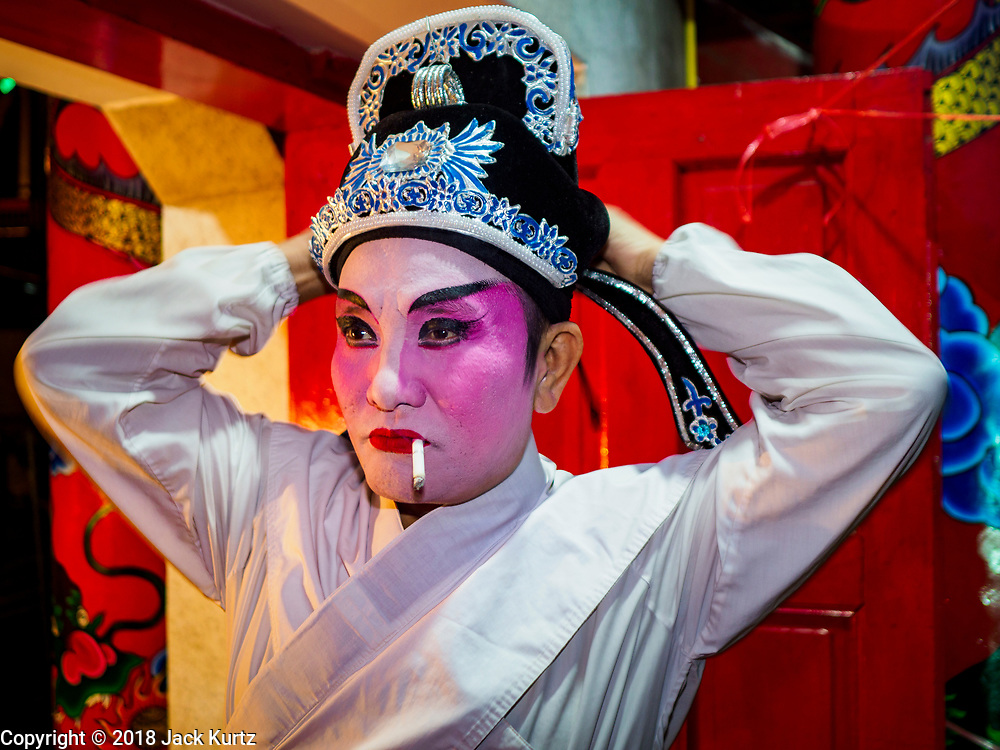