14 DECEMBER 2015 - BANGKOK, THAILAND: Senior Buddhist monks walk into Wat Bowon Niwet with their attendants for the funeral of Supreme Patriarch at Wat Bowon Niwet in Bangkok. Somdet Phra Nyanasamvara, who headed Thailand’s order of Buddhist monks for more than two decades and was known as the Supreme Patriarch, died Oct. 24, 2013, at a hospital in Bangkok. He was 100. He was ordained as a Buddhist monk in 1933 and appointed as the Supreme Patriarch in 1989. He was the spiritual advisor to Bhumibol Adulyadej, the King of Thailand when the King served as a monk in 1956. His funeral, which will take three days, Dec. 15-17, will be attended by thousands of Thais and most of the Royal Family. Buddhist clergy from around the world are expected to attend. PHOTO BY JACK KURTZ 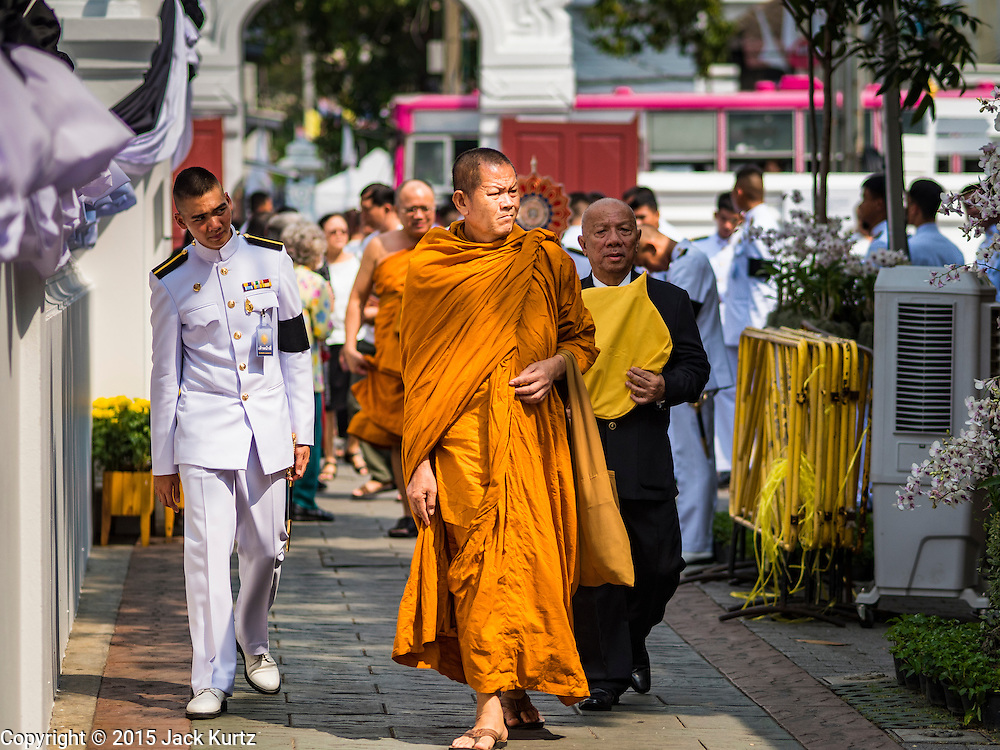