09 SEPTEMBER 2015 - BANGKOK, THAILAND: A craftsman at the Vishnu Temple in Bangkok works on a statue of Ganesha, an important Hindu deity known as the "overcomer of obstacles." Ganesha Chaturthi is the Hindu festival celebrated on the day of the re-birth of Lord Ganesha, the son of Shiva and Parvati. Ganesha is widely revered as the patron of arts and sciences and the deva of intellect and wisdom. The last day of the festival is marked by the immersion of the deity in nearby bodies of water. The immersion symbolizes the cycle of creation and dissolution in nature. The deities made at the Vishnu Temple in Bangkok will be submerged in rivers and streams across Thailand at several Ganesha festivals held in September. PHOTO BY JACK KURTZ 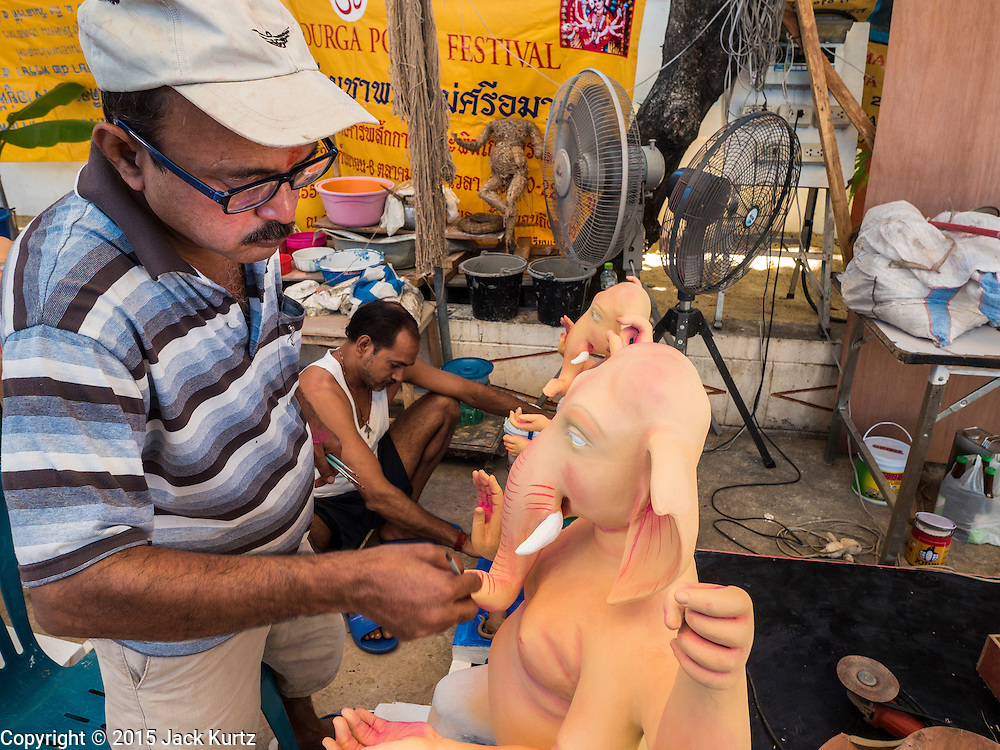