21 NOVEMBER 2017 - WAKEMA, AYEYARWADY REGION, MYANMAR: Workers feed sacks of paddy rice (paddy rice is unprocessed rice) into a processing line at a rice mill in the Ayeyarwady Delta. Myanmar is the world's sixth largest rice producer and more than half of Myanmar's arable land is used for rice cultivation. The Ayeyarwady Delta is the most important rice growing region and is sometimes called "Myanmar's Granary." The UN Food and Agriculture Organization (FAO) is predicting that the 2017 harvest will increase over 2016 and that exports will surge to 1.8 million tonnes. PHOTO BY JACK KURTZ 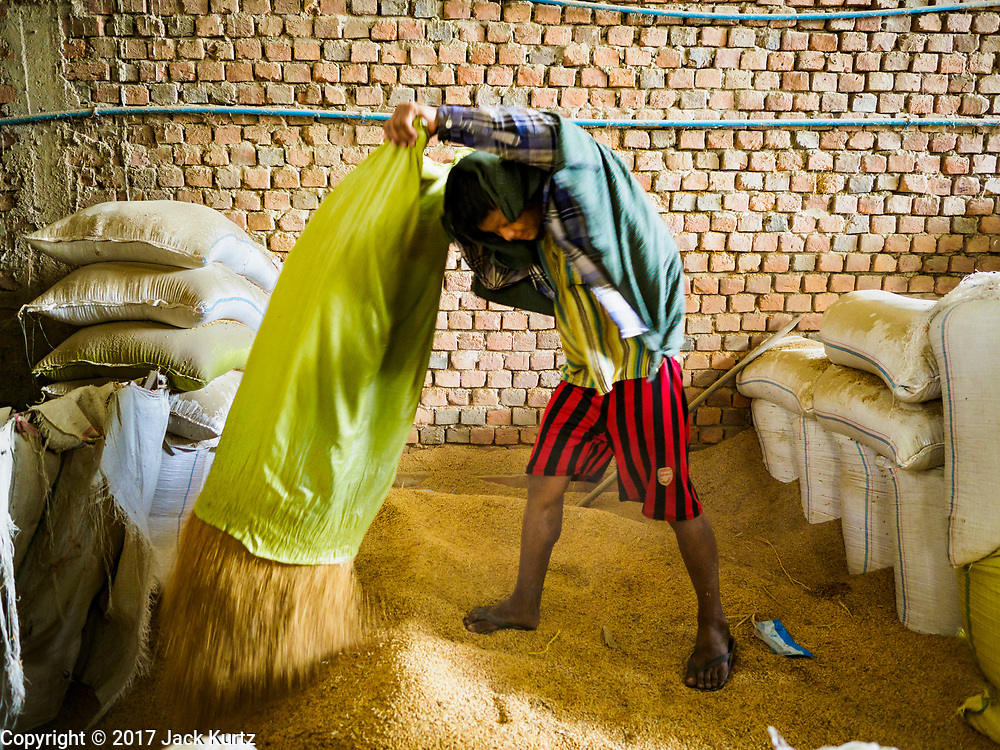