26 FEBRUARY 2020 - FARMINGTON, MINNESOTA: GARY SMITH and DEE PARKER eat dinner at the community dinner at Faith Church, a United Methodist Church in Farmington, MN, about 30 minutes south of the Twin Cities. The dinner is sponsored by Loaves & Fishes, a Christian organization that provides food for community dinners and foodbanks. Farmington, with a population of 21,000, is a farming community that has become a Twin Cities suburb. The city lost its only grocery store, a Family Fresh Market, in December, 2019. Smith said he used to shop at the now closed several times a week but now he has drive much further to shop so doesn't shop as often. He also said he misses the community spirit the closed store, he and his friends used to meet there for coffee. The closing turned the town into a "food desert." In January, Faith Church started serving the weekly meals as a response to the store's closing. About 125 people per week attend the meal at the church, which is just a few blocks from the closed grocery store. The USDA defines food deserts as having at least 33% or 500 people of a census tract's population in an urban area living 1 mile from a large grocery store or supermarket. Grocery chains Hy-Vee and Aldi both own land in Farmington but they have not said when they plan to build or open stores in the town. PHOTO BY JACK KURTZ 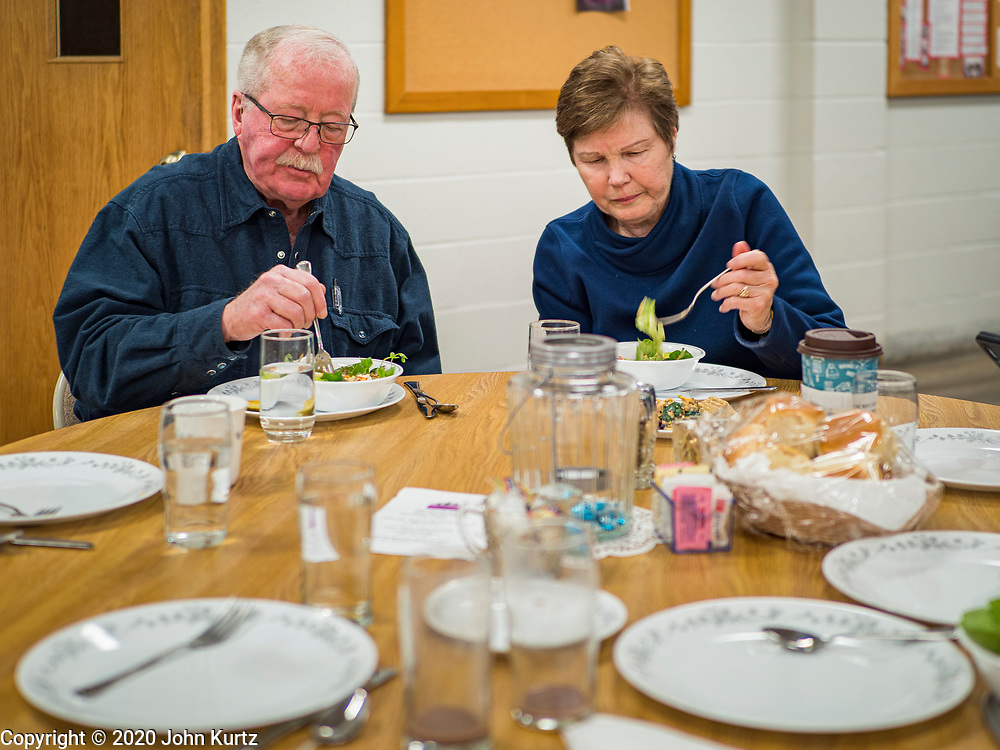