15 MARCH 2017 - BUNGAMATI, NEPAL: Workers dig out the ruins of an ancient Hindu temple in Bungamati. The temple was destroyed in the 2015 Nepal earthquake. Bungamati, a community of wood carvers and artisans, used to be a stop on the tourist trail of the Kathmandu valley but since the 2015 earthquake few tourists visit the community. Recovery seems to have barely begun nearly two years after the earthquake of 25 April 2015 that devastated Nepal. In some villages in the Kathmandu valley workers are working by hand to remove ruble and dig out destroyed buildings. About 9,000 people were killed and another 22,000 injured by the earthquake. The epicenter of the earthquake was east of the Gorka district. PHOTO BY JACK KURTZ 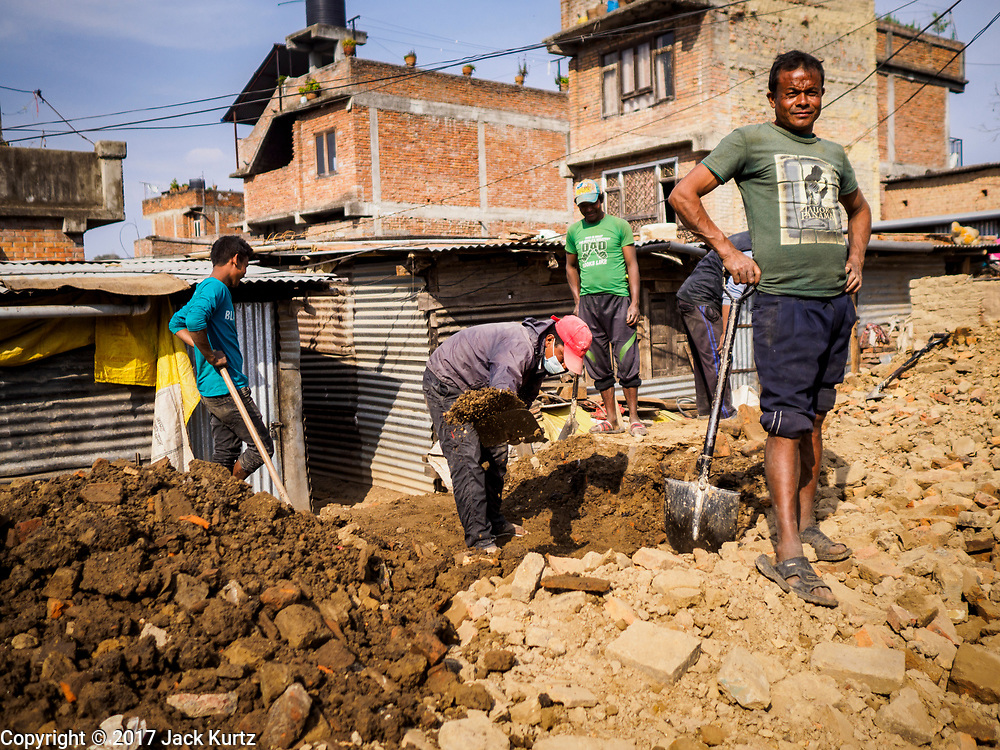