19 FEBRUARY 2021 - PRAIRIE CITY, IOWA: American Bison (buffalo) graze in a snow covered field at the Neal Smith National Wildlife Refuge near Prairie City, about 45 minutes from downtown Des Moines. The Wildlife Refuge has the largest herd of wild bison in Iowa and the only herd of wild elk in Iowa. Both animals were once native to Iowa and common in the state, but were hunted to extinction in 19th century. Controlled herds were reintroduced in the mid 20th century. Both the bison and elk herds are carefully managed to maintain genetic diversity. PHOTO BY JACK KURTZ 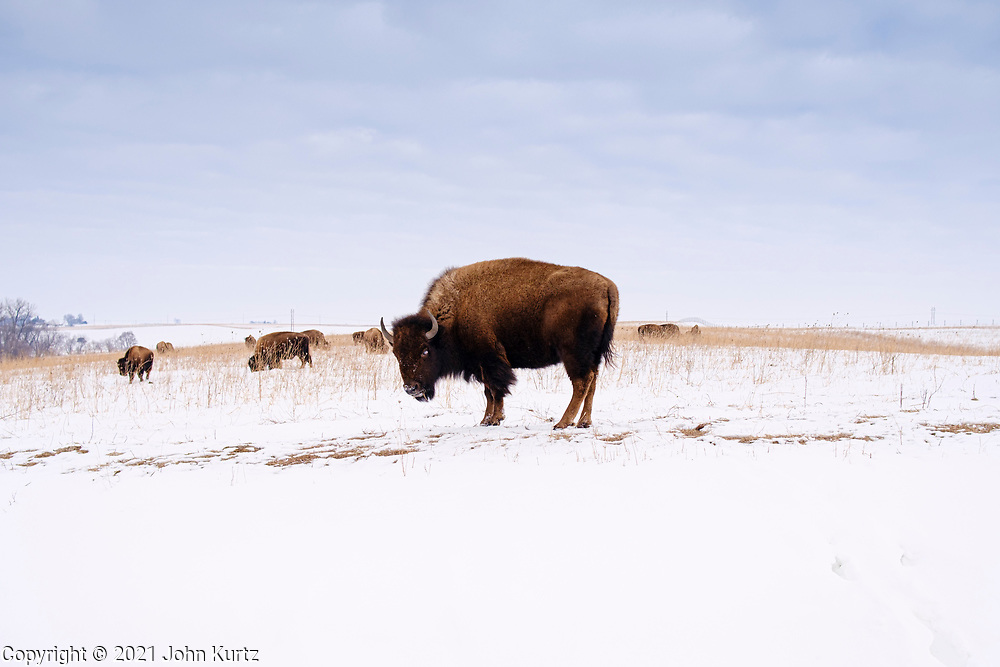