10 APRIL 2010 - NAKHON PHANOM, THAILAND: Boy who have entered the "Sangha" (Thai for Buddhist clergy) for their summer break go out on morning alms rounds with the monks from their temple. The boys go into the monastery for one month to six weeks and live and study with the monks. They go out for alms rounds, eat two meals per day, one early in the morning and the second just before noon and then don't eat again till morning and do not have any physical contact with women, including their mothers and members of their family. It's a traditional rite of passage for boys in rural Thailand. PHOTO BY JACK KURTZ 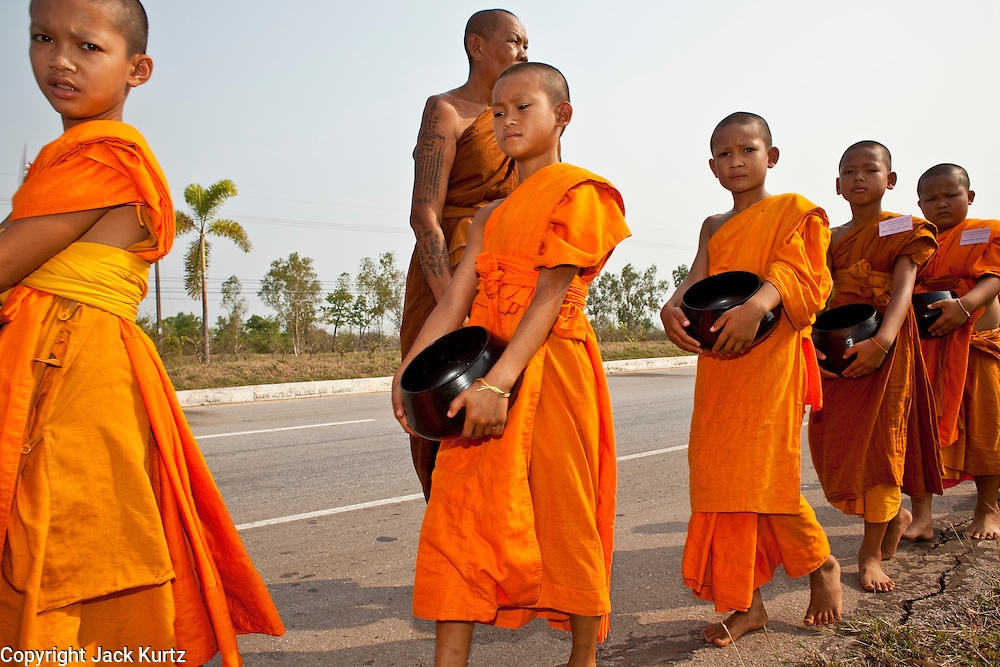