13 JULY 2013 - BANGKOK, THAILAND: A man pours fruit juice to be drunk during Iftar (the Muslim meal that breaks the day long fast) during Ramadan.Ramadan is the ninth month of the Islamic calendar, and the month in which Muslims believe the Quran was revealed. The month is spent by Muslims fasting during the daylight hours from dawn to sunset. Fasting during the month of Ramadan is one of the Five Pillars of Islam. Muslims believe that the Quran was sent down during this month, thus being prepared for gradual revelation by Jibraeel (Gabriel) to the prophet Muhammad. PHOTO BY JACK KURTZ 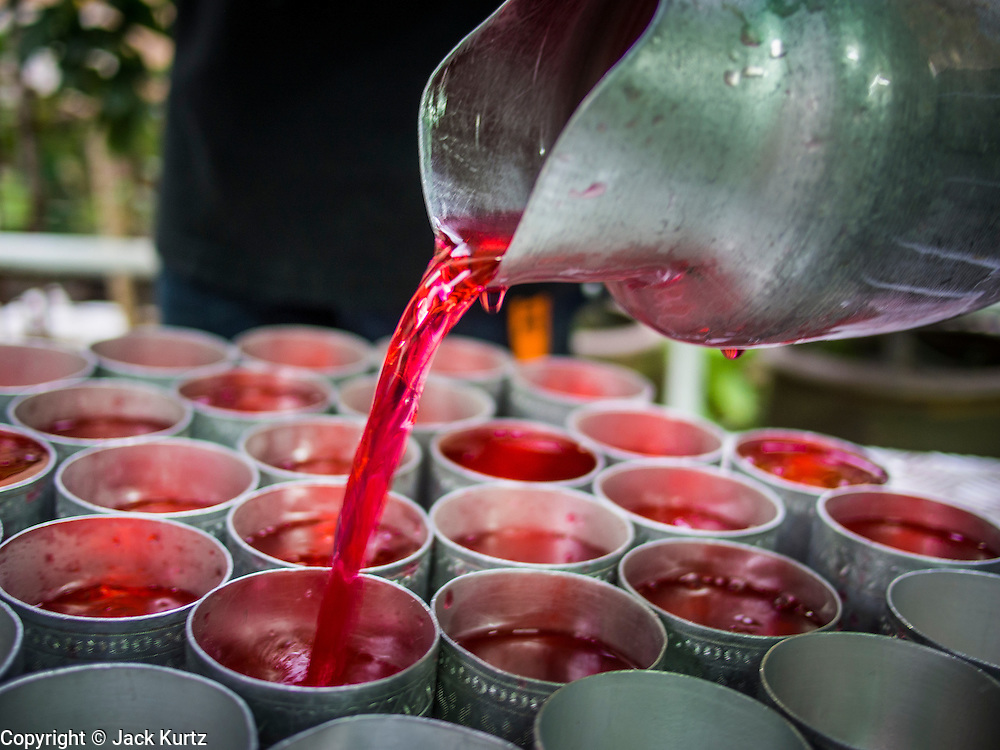