13 MAY 2013 - BANGKOK, THAILAND: People pray for Vesak on the plaza in front of Wat That Thong while others walk clockwise around the temple. Vesak, called Wisakha Bucha in Thailand, is one of the most important Buddhist holy days celebrated in Thailand. Sometimes called "Buddha's Birthday", it actually marks the birth, enlightenment (nirvana), and death (Parinirvana) of Gautama Buddha in the Theravada or southern tradition. It is also celebrated in Cambodia, Laos, Myanmar, Sri Lanka and other countries where Theravada Buddhism is the dominant form of Buddhism. PHOTO BY JACK KURTZ 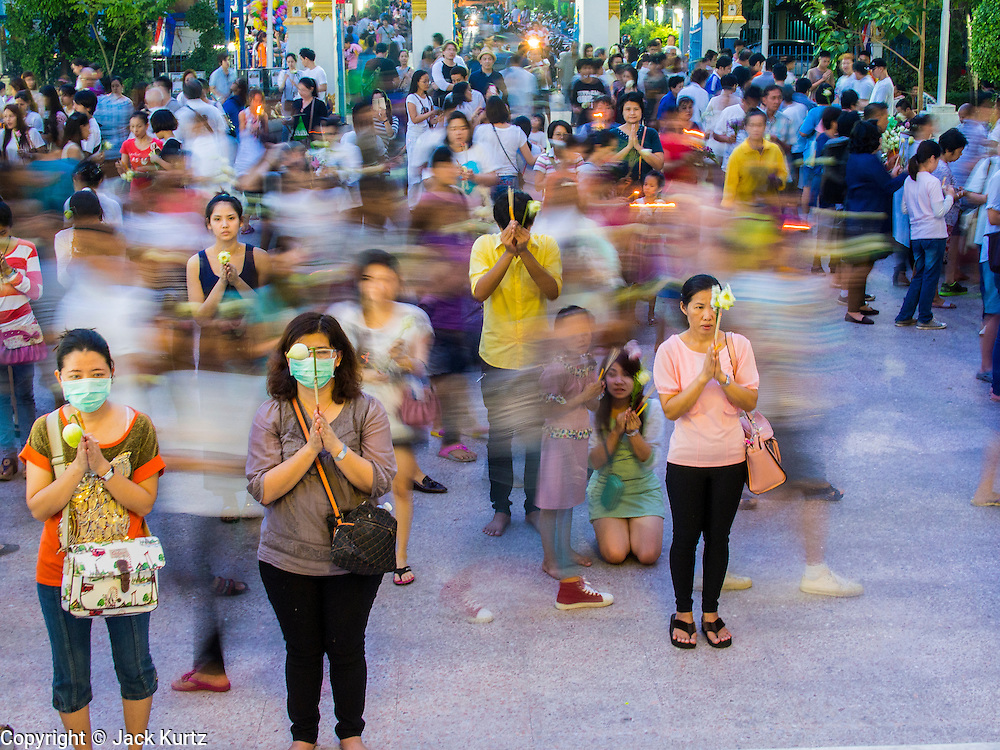