05 JULY 2014 - BANGKOK, THAILAND: An acrobat team holds toddlers in their human pyramid on a side street in Bangkok during a parade for vassa. Vassa, called "phansa" in Thai, marks the beginning of the three months long Buddhist rains retreat when monks and novices stay in the temple for periods of intense meditation. Vassa officially starts July 11 but temples across Bangkok are holding events to mark the holiday all week. PHOTO BY JACK KURTZ 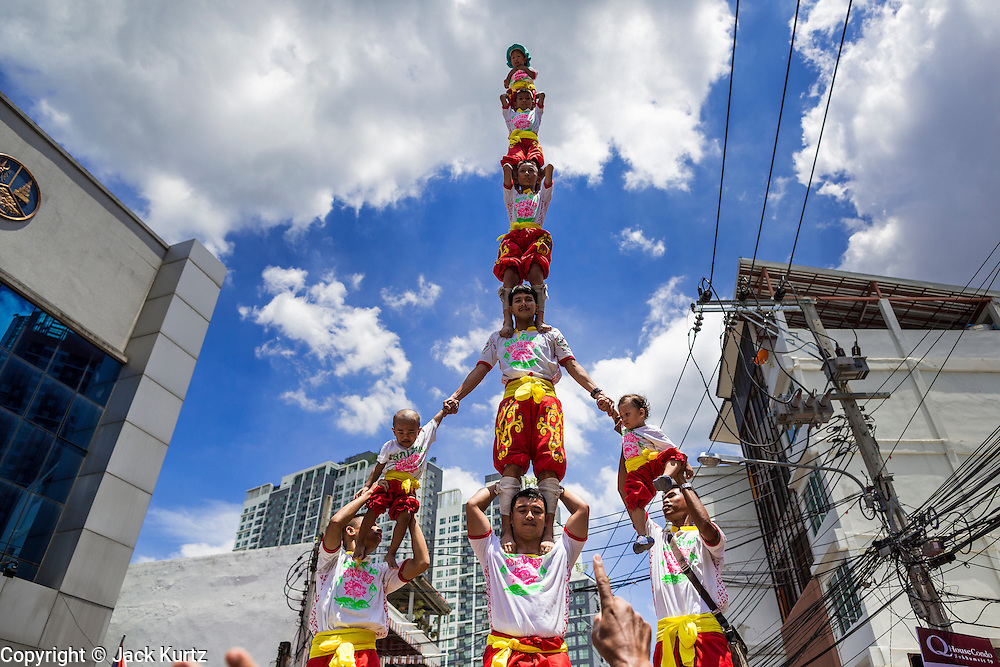