29 MARCH 2012 - TAY NINH, VIETNAM: Men who are members of the Cao Dai wait for noon prayer services to start at the Cao Dai Holy See in Tay Ninh, Vietnam. Cao Dai (also Caodaiism) is a syncretistic, monotheistic religion, officially established in the city of Tây Ninh, southern Vietnam in 1926. Cao means "high" and "Dai" means "dais" (as in a platform or altar raised above the surrounding level to give prominence to the person on it). Estimates of Cao Dai adherents in Vietnam vary, but most sources give two to three million, but there may be up to six million. An additional 30,000 Vietnamese exiles, in the United States, Europe, and Australia are Cao Dai followers. During the Vietnam's wars from 1945-1975, members of Cao Dai were active in political and military struggles, both against French colonial forces and Prime Minister Ngo Dinh Diem of South Vietnam. Their opposition to the communist forces until 1975 was a factor in their repression after the fall of Saigon in 1975, when the incoming communist government proscribed the practice of Cao Dai. In 1997, the Cao Dai was granted legal recognition. Cao Dai's pantheon of saints includes such diverse figures as the Buddha, Confucius, Jesus Christ, Muhammad, Pericles, Julius Caesar, Joan of Arc, Victor Hugo, and the Chinese revolutionary leader Sun Yat-sen. These are honored at Cao Dai temples, along with ancestors. PHOTO BY JACK KURTZ 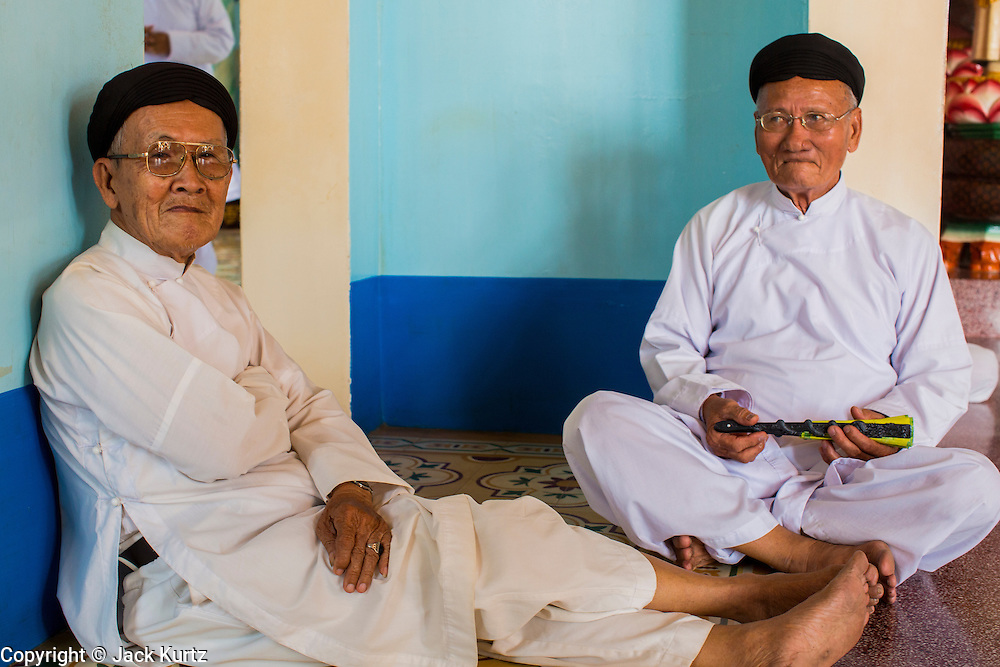