10 APRIL 2006 - PHOENIX, AZ: A Mexican immigrant waves a Virgin of Guadalupe flag while he chants "Si Se Puede" ("Yes We Can") during an immigrants' rights march in Phoenix, AZ. More than 200,000 people participated in a march for immigrants's rights in Phoenix Monday. The march was a part of a national day of action on behalf of undocumented immigrants. There were more than 100 such demonstrations across the US Monday. Protestors were encouraged to wear white, to symbolize peace, and wave American flags, to demonstrate their patriotism to the US. Photo by Jack Kurtz 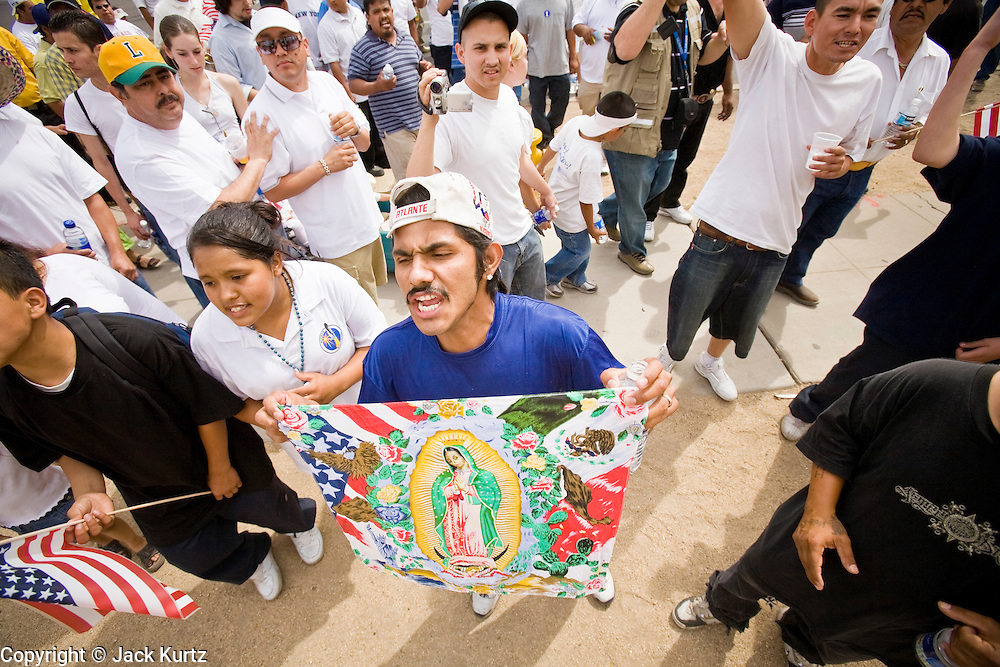