13 FEBRUARY 2011 - PHOENIX, AZ: A Borders Books and Music store in the Biltmore section of Phoenix, AZ, Sunday, Feb. 13. Several business news organizations have reported that Borders Group, the second largest US chain of bookstores, may file for bankruptcy protection as soon as the week of February 14. Borders sales have been hurt by the US economic downturn and the increasing shift to digital media away from traditional media, like books, magazines, music CDs and movie DVDs. Borders has also been slow to move to digital reading devices, like their own Kobo and competitors' Nook and Kindle devices. Borders operates more than 650 bookstores across the US and may close between 150 and 200 of them during their reorganization. In January 2011, Borders group delayed payments to publishers as part of an effort to restructure its financing and avoid a cash shortfall. Photo by Jack Kurtz 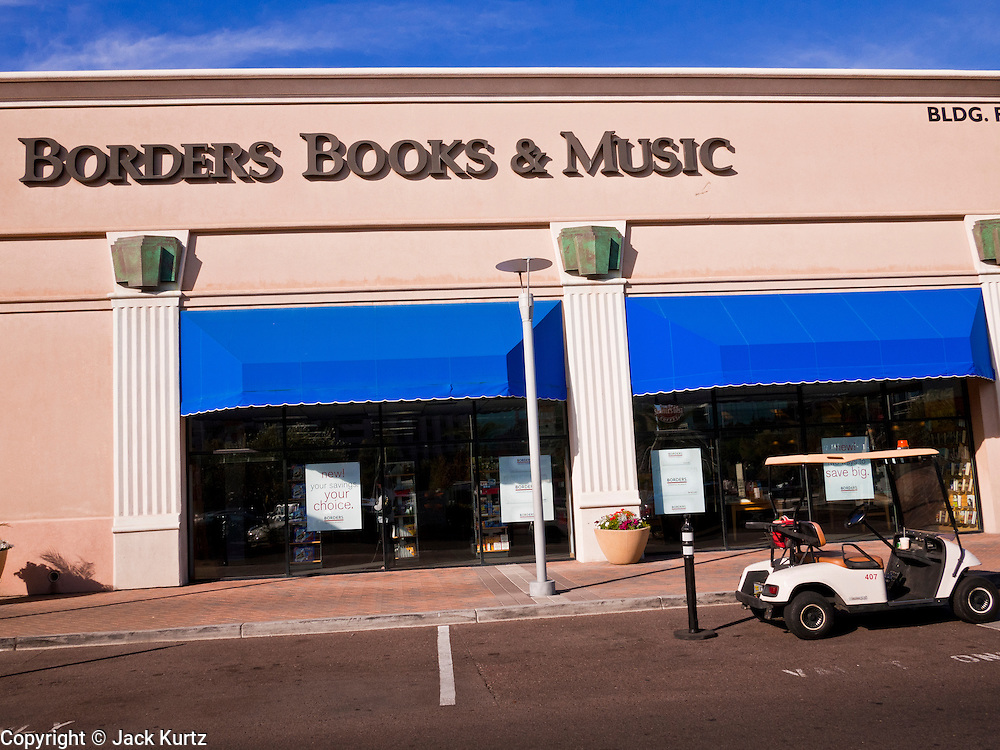