02 JANUARY 2021 - DES MOINES, IOWA: About 30 people marched around the Iowa State Capitol Saturday afternoon to protest the outcome of the November 3 general election in the United States. They are a part of the "Stop the Steal" movement which maintains that the election was stolen from Donald Trump by massive voter fraud. There is no evidence supporting their conspiracy theory. This is the 9th week Donald Trump supporters have marched around the Capitol. They've been there every week since the Nov. 3 election. More than 1,000 people showed up the first week, but the crowd has gotten smaller every week. PHOTO BY JACK KURTZ 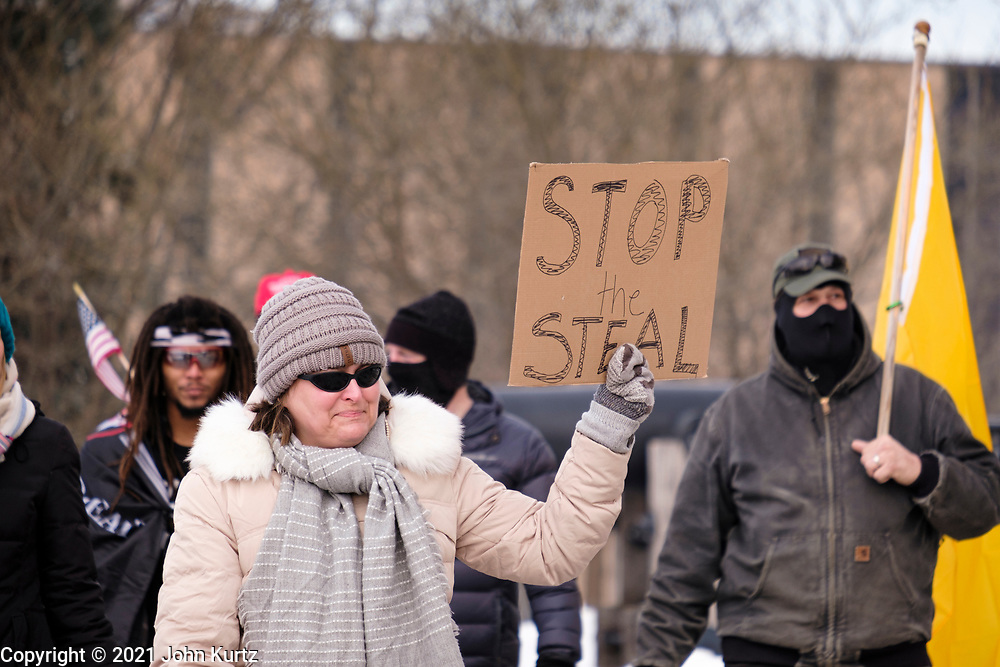