30 MARCH 2014 - BANGKOK, THAILAND: A man drops his completed ballot into the ballot box at Wat That Thong in Bangkok. Thais voted Sunday to elect 77 senators to the 150-seat Senate. The other 73 senators are appointed by judges and senior officials from agencies such as the National Anti-Corruption Commission (NACC), members of an establishment whom government supporters see as viscerally anti-Thaksin. The government of Yingluck Shinawatra tried to make the senate a fully elected body. That effort was one of the sparks that set off the latest rounds unrest that started in November. PHOTO BY JACK KURTZ 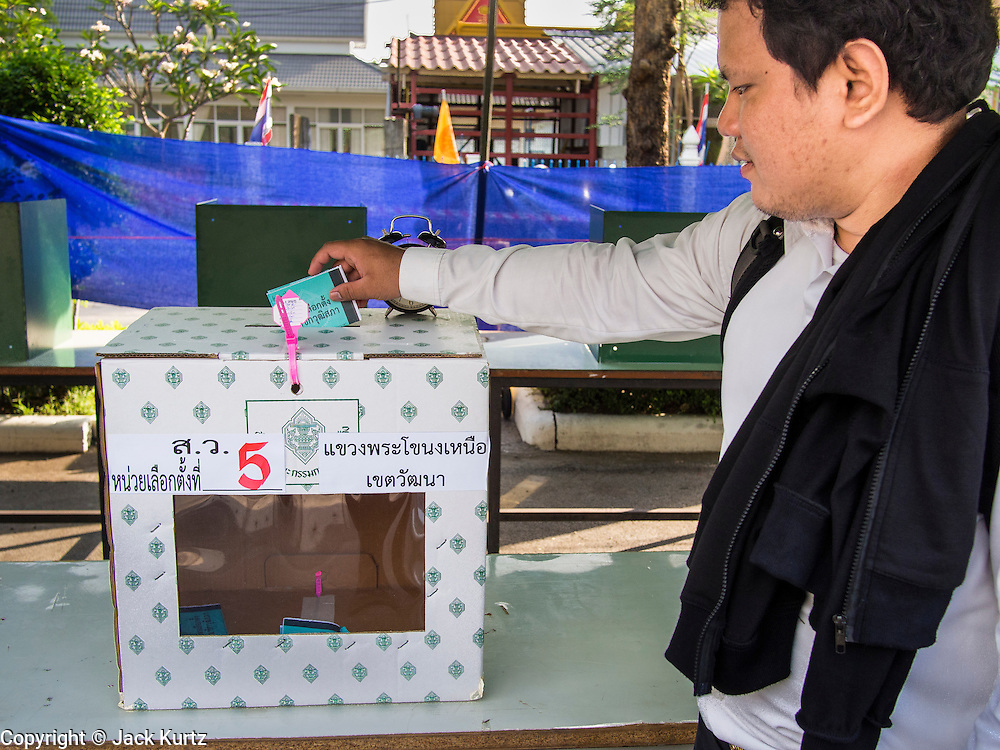