26 SEPTEMBER 2010 - PHOENIX, AZ: A security guard escorts Liz Hourican off the property of KTVK TV in Phoenix after she tried to approach Sen John McCain during a picket against the Senator Sunday. About 200 people demonstrated and picketed against Arizona Republican Senator John McCain at the studios of KTVK TV in Phoenix, Sunday, Sept 26. They picketed the TV station because McCain was debating his opponents there. They were demonstrating against McCain's positions on the war in Afghanistan, Don't Ask Don't Tell (Gays in the military) and the DREAM Act (for immigrant rights). PHOTO BY JACK KURTZ 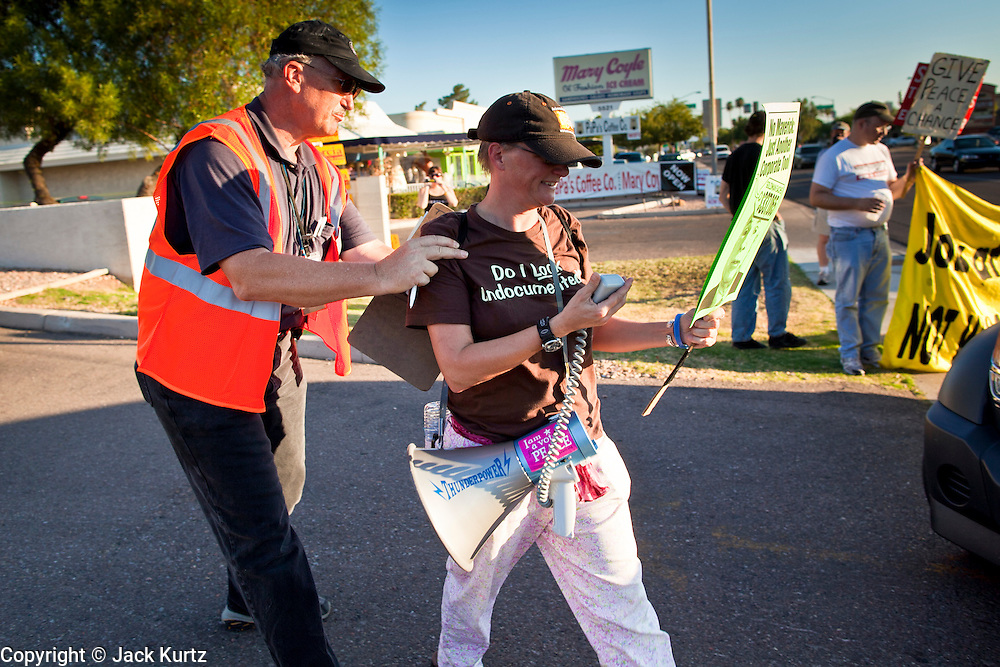