10 MAY 2010 - BANGKOK, THAILAND: Red Shirt core leader Jutaporn Prompan(CENTER AT MICROPHONE) and other Red Shirt leaders tell their supporters that they've accepted the government "Road Map for Reconciliation" with just one caveat and that their protest could be ending soon. The crowd greeted the news with a roar of approval. The Red Shirt leaders met with their supporters Monday evening and specified the terms for ending their protest in Bangkok and occupation of the Ratchaprasong Intersection in the heart of the Thai capital's shopping district. The accepted the Prime Minister's "Road Map for Reconciliation" and added one condition, that Thai Deputy Prime Minister Suthep Thaugsuban turn himself into police for his role in allegedly ordering the security forces attack on Red Shirts protestors on April 10 that resulted in more than 20 deaths and 800 injuries. Late Monday night Suthep said he would meet with police Tuesday morning. The Red Shirts haven't confirmed if that meets their demand, so the status of the protest is unknown. PHOTO BY JACK KURTZ 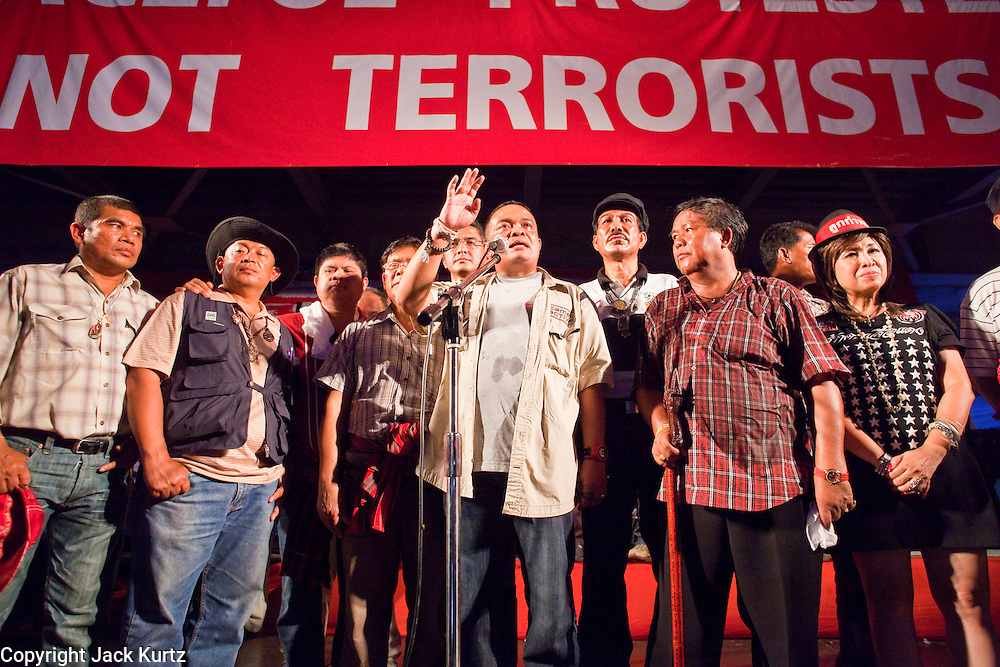