PAJU, GYEONGGI, SOUTH KOREA: A South Korean tourist looks at photos of the meetings between South Korean President Moon Jae-in and North Korean leader Kim Jong-un at Dorasan Station on the South Korean edge of the DMZ. The station was built in the early 2000s during a thaw in relations between the Koreas. It has never been used and is now a tourist site. Tourism to the Korean DeMilitarized Zone (DMZ) has increased as the pace of talks between South Korea, North Korea and the United States has increased. Some tours are sold out days in advance. PHOTO BY JACK KURTZ 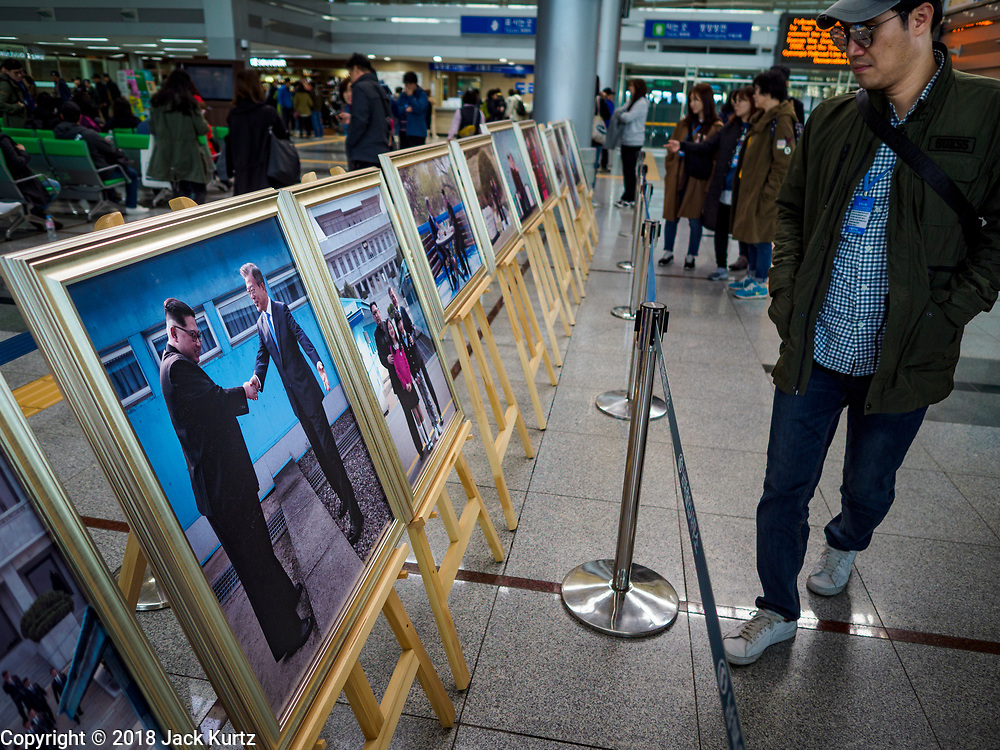