20 FEBRUARY 2016 - BANGKOK, THAILAND: Thai Buddhists pray at Sanam Luang in Bangkok. A split has developed among Thailand's Buddhists. About 85% of Thailand practices Theravada Buddhism. The selection of new Supreme Patriarch, the head of all Buddhist monks in Thailand, and President ex-officio of the Supreme Sangha Council, has exposed the rift. The leading candidate for the Supreme Patriarch, 90 year old Somdet Phra Maha Ratchamangalacharn, has close ties to the Dhammakaya Movement, a controversial Thai Buddhist sect that evangelizes and is thought to have have connections to the "Red Shirt" movement. He has also been accused of financial impropriety because he allegedly didn't pay taxes on an antique Mercedes Benz he imported. The Thai Prime Minister has threatened in the issue if Thailand's Buddhists can't resolve it amicably. PHOTO BY JACK KURTZ 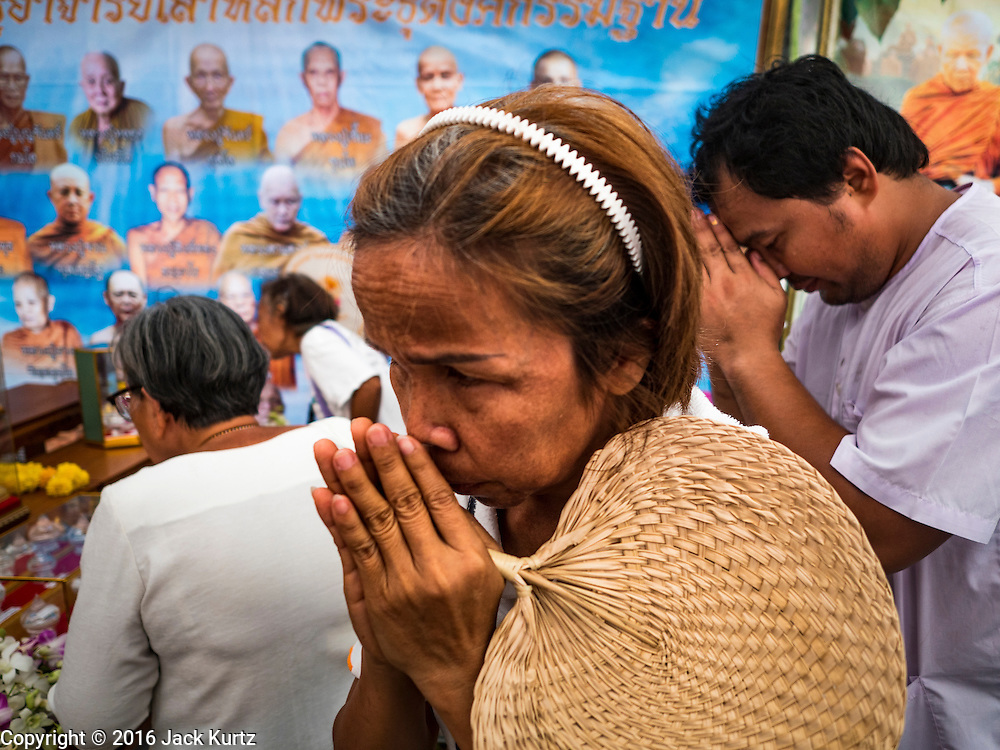