11 APRIL 2019 - AMES, IOWA: Rep. ERIC SWALWELL (D-CA) talks to a crowd of about 100 people at his town hall meeting on the campus of Iowa State University in Ames. Swalwell represents California's 15th District but is originally from Algona, Iowa. His appearance in Ames Thursday was his first appearance in Iowa since announcing his candidacy to be the Democratic nominee for the US Presidency on April 8, although he made about 20 trips to Iowa since the 2016 election. Iowa traditionally hosts the the first election event of the presidential election cycle. The Iowa Caucuses will be on Feb. 3, 2020. PHOTO BY JACK KURTZ 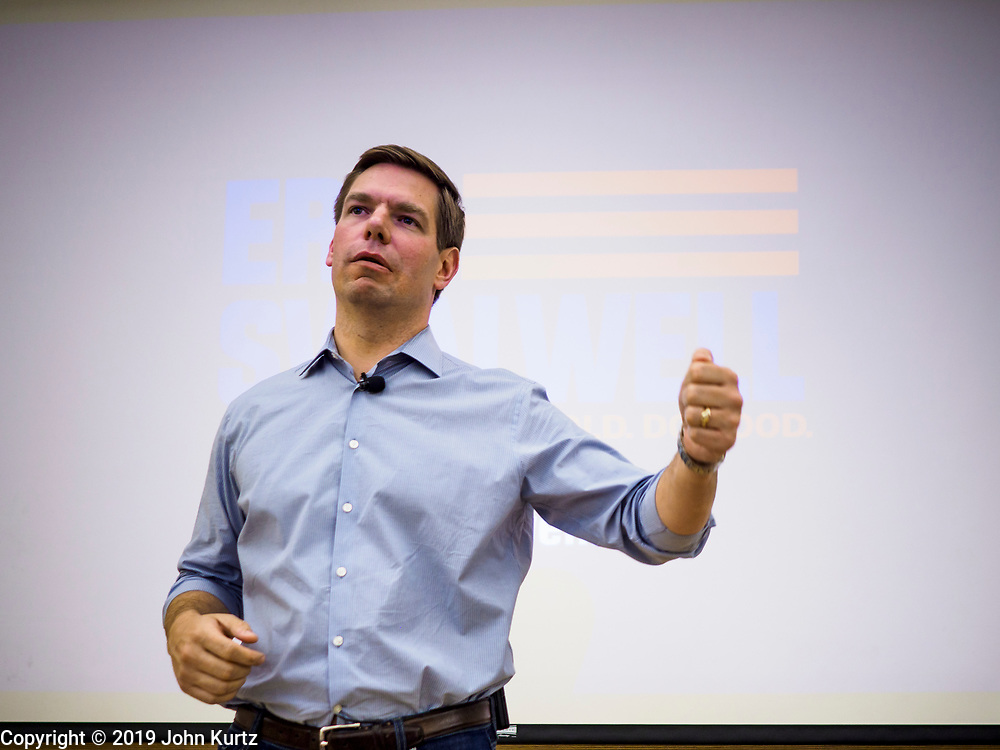