158834 ObamaASU0514 -- 13 MAY 2009 -- TEMPE, AZ: Bianca Taswell (CQ) a Social Work major, uses her mortarboard as a sun shade in the stadium before graduation. She said she thought she was going to have a job after graduating, but just learned the position is frozen because of the economy. President Barack Obama addressed the Arizona State University class of 2009 during the commencement program in Sun Devil Stadium in Tempe Wednesday evening. ARIZONA REPUBLIC PHOTO BY JACK KURTZ 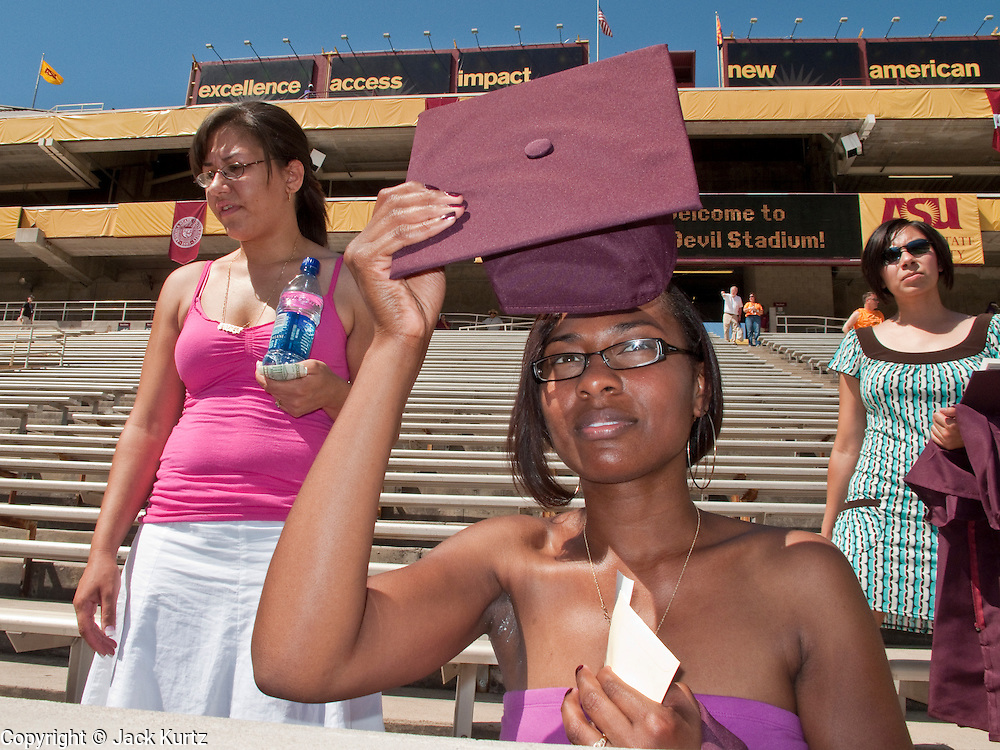