08 JUNE 2018 - SEOUL, SOUTH KOREA: A girl waves South Korean flags at a picture point in the War Memorial of Korea in Seoul, South Korea. The background of the picture point is Dokdo Island, a small islet about midway between Japan and South Korea. With the near constant threat of invasion from North Korea, many South Koreans take great pride in the ability of their armed forces. Some observers believe there is a possibility that a peace agreement between South and North Korea could be signed following the Trump/Kim summit in Singapore. The War Memorial and museum opened in 1994 on the former site of the army headquarters to exhibit and memorialize the military history of Korea. When it opened in 1994 it was the largest building of its kind in the world. The museum features displays about the Korean War and many static displays of military equipment. PHOTO BY JACK KURTZ 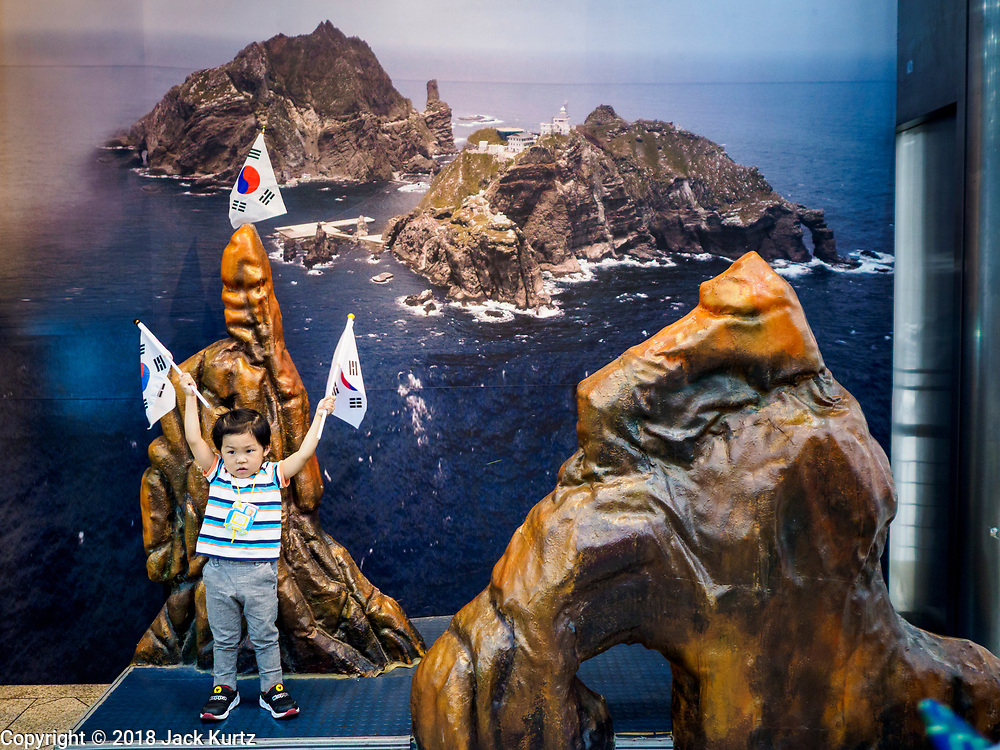