Apr. 1, 2010 - BANGKOK, THAILAND: A couple sleeps in chairs along the street Democracy Monument and Phan Fa Bridge in Bangkok during the Red Shirt protest Thursday. Fewer than 5,000 "Red Shirts," members of the UDD (National United Front of Democracy Against Dictatorship) continue to protest at Phan Fa Bridge in central Bangkok to demand the resignation of current Thai Prime Minister Abhisit Vejjajiva and his government. The protest is a continuation of protests the Red Shirts have been holding across Thailand. They support former Prime Minister Thaksin Shinawatra, who was deposed in a coup in 2006 and went into exile rather than go to prison after being convicted on corruption charges. Thaksin is still enormously popular in rural Thailand. The leaders of the Red Shirts have promised to gridlock Bangkok with another massive rally this weekend. PHOTO BY JACK KURTZ 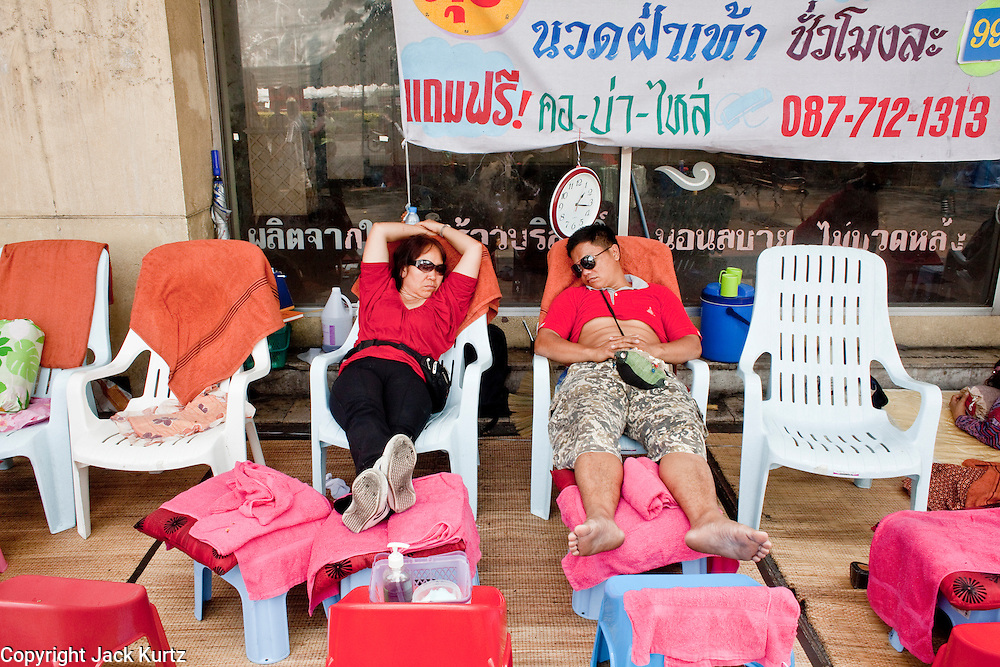