29 NOVEMBER 2015 - BANGKOK, THAILAND: Traffic goes by the gate to Wat Maharat on Maharat Road on the last day amulet vendors (under the large umbrellas) were allowed to do business on the street. Hundreds of vendors used to sell amulets and Buddhist religious paraphernalia to people in the Amulet Market, a popular tourist attraction along Maharat Road north of the Grand Palace near Wat Maharat in Bangkok. Bangkok municipal officials announced that they are closing the market and forcing vendors to relocate to an area about one hour outside of Bangkok. The closing of the amulet market is the latest in a series of municipal efforts to close and evict street vendors and markets from areas that have potential for redevelopment. The street vendors were evicted from the area on Sunday, Nov. 29. PHOTO BY JACK KURTZ 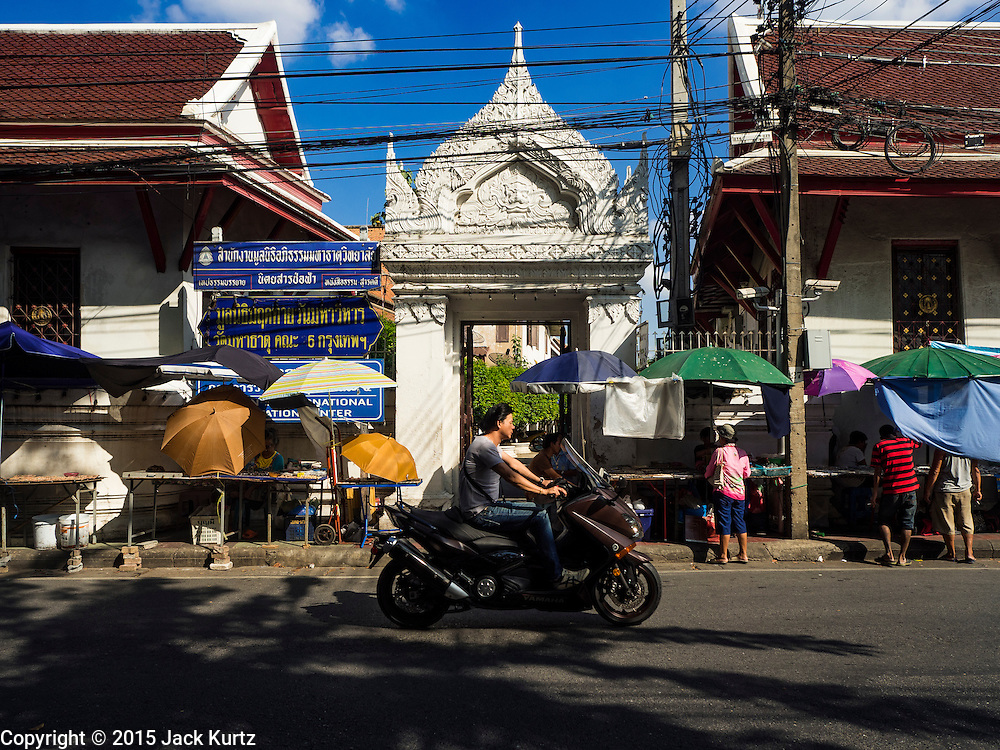