31 OCTOBER 2012 - YARANG, PATTANI, THAILAND: Soldiers in the Thai Army make merit by donating food to Wat Kohwai at a special Tak Bat before escorting villagers on a procession to Yala for Ok Phansa. Ok Phansa marks the end of the Buddhist 'Lent' and falls on the full moon of the eleventh lunar month (October). It's a day of joyful celebration and merit-making. For the members of Wat Kohwai, in Yarang District of Pattani, it was a even more special because it was the first time in eight years they've been able to celebrate Ok Phansa. The Buddhist community is surrounded by Muslim villages and it's been too dangerous to hold the boisterous celebration because of the Muslim insurgency that is very active in this area. This the year the Thai army sent a special group of soldiers to secure the village and accompany the villagers on their procession to Yala, a city about 20 miles away. PHOTO BY JACK KURTZ 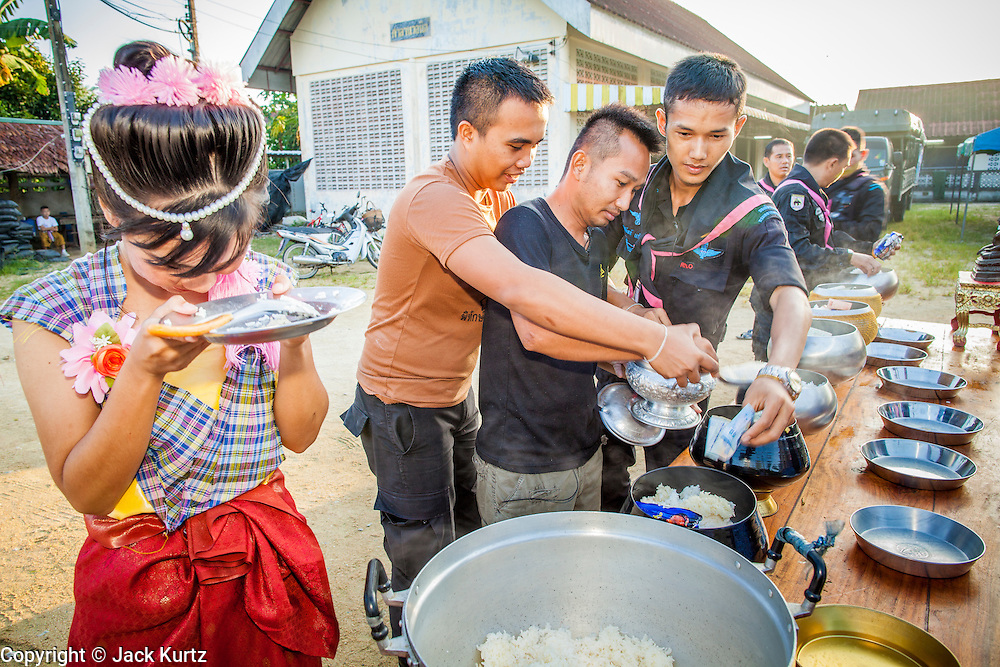