22 DECEMBER 2013 - BANGKOK, THAILAND: Anti-government protestors in the Asok intersection of Bangkok. Hundreds of thousands of Thais gathered in Bangkok Sunday in a series of protests against the caretaker government of Yingluck Shinawatra. The protests are a continuation of protests that started in early November and have caused the dissolution of the Pheu Thai led government of Yingluck Shinawatra. Protestors congregated at home of Yingluck and launched a series of motorcades that effectively gridlocked the city. Yingluck was not home when protestors picketed her home. PHOTO BY JACK KURTZ 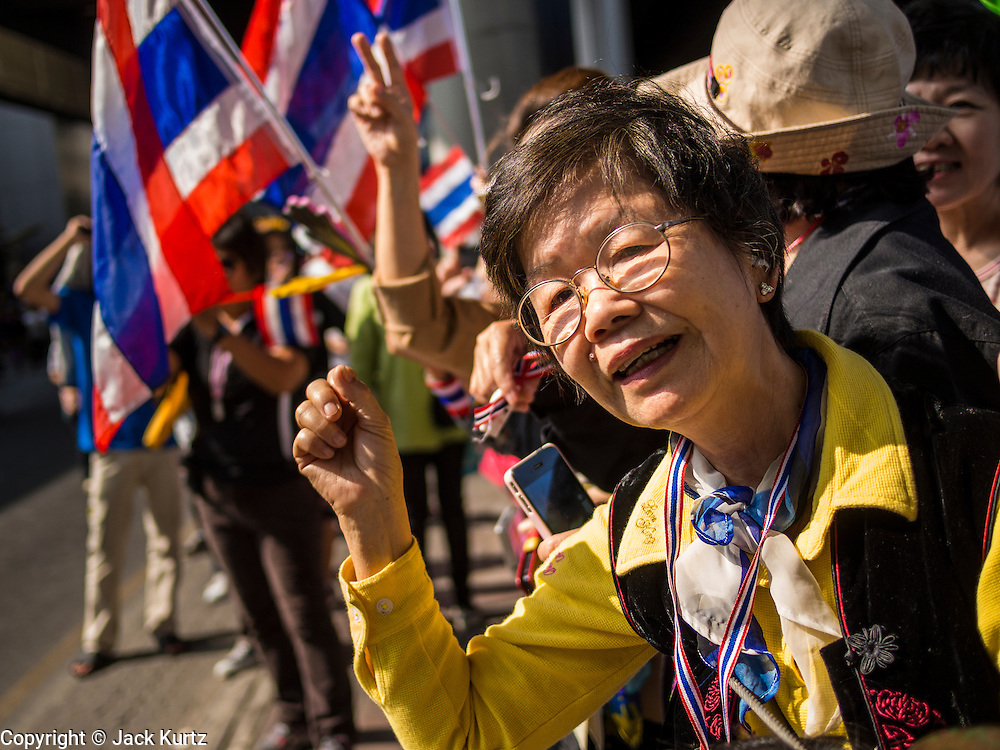