Mar. 30, 2009 -- PHOENIX, AZ: Rev. EVE NUNEZ, from Phoenix, leads a prayer against Maricopa County Sheriff Joe Arpaio. The fast and vigils are being held in the same building that Cesar Chavez used during his fast and protest in 1972. About 15 people in Phoenix are fasting and praying, hoping that Maricopa County Sheriff Joe Arpaio will resign. Because of the anti-immigrant raids his deputies have conducted Arpaio has become a lightning rod in the immigration debate. Arpiao's supporters contend that the Sheriff is simply enforcing the law, his opponents, including Phoenix Mayor Phil Gordon, contend that the sheriff is using racial profiling and other illegal means to make arrests and stop people. Photo by Jack Kurtz 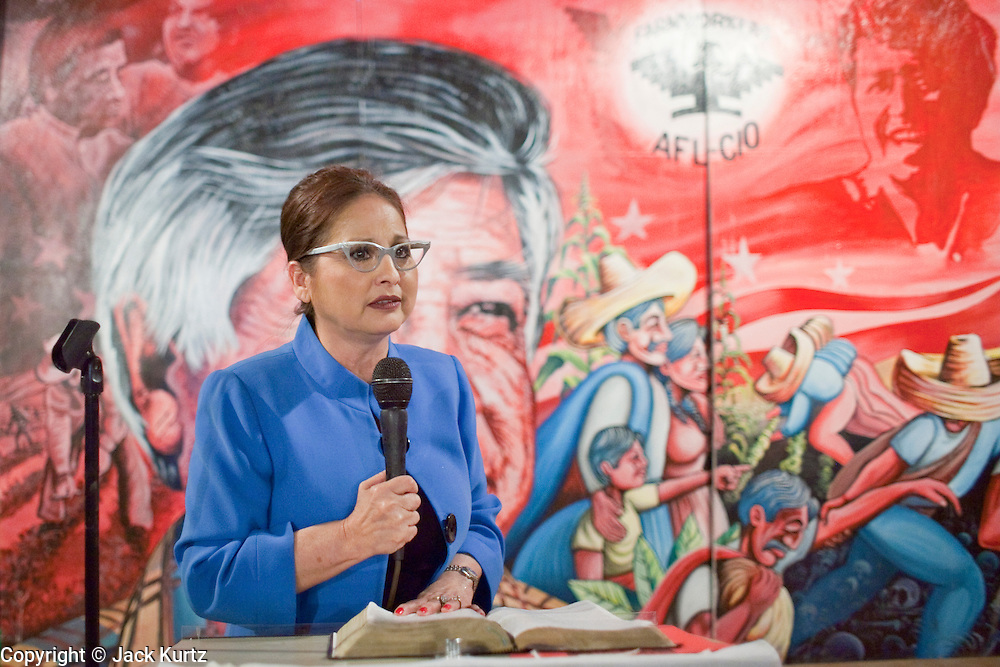