10 FEBRUARY 2016 - BAN LAEM, PHETCHABURI, THAILAND: A worker carries his rake out of the salt fields after raking salt at the beginning of the salt harvest in Phetchaburi province, Thailand. The salt harvest in Thailand usually starts in February and continues through May. Salt is harvested in many of the provinces along the coast, but the salt fields in Phetchaburi province are considered the most productive. The salt fields are flooded with sea water, which evaporates off leaving salt behind. Salt production relies on dry weather and producers are hoping the current drought will mean a longer harvest season for them. PHOTO BY JACK KURTZ 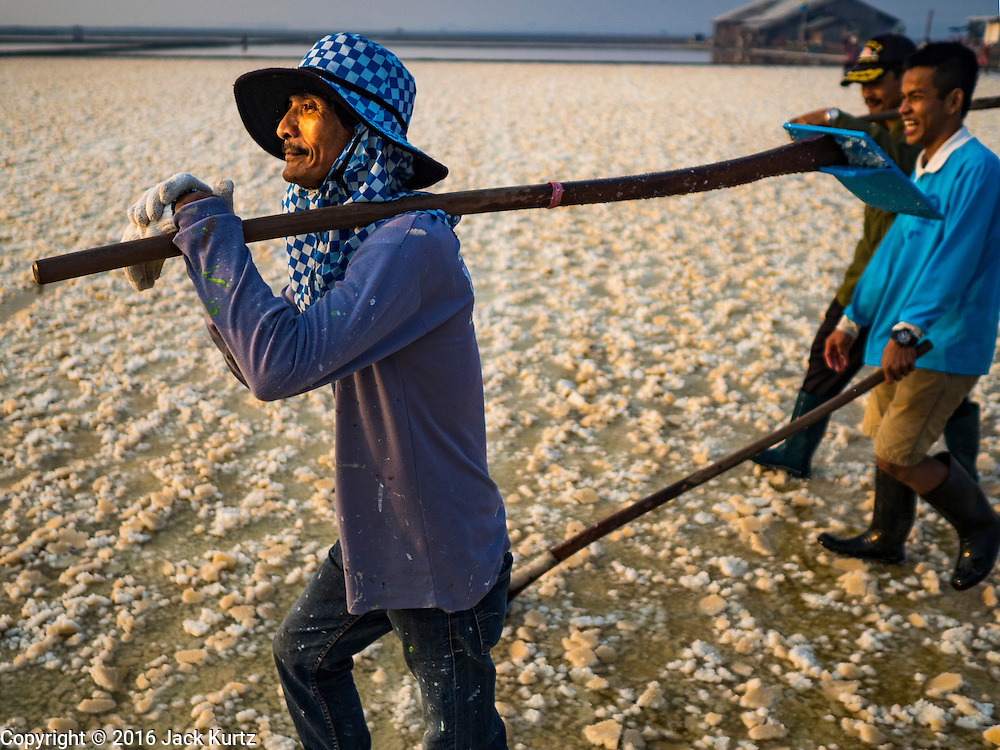